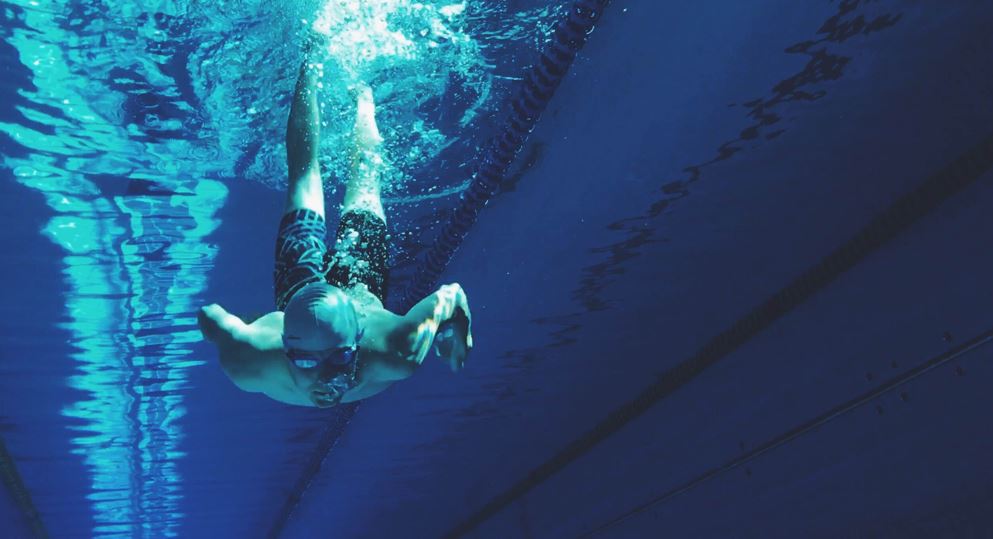 You can't see much of Adam Peaty in the photo: he is presumably wearing only the tiniest pair of Speedos and he doesn't have much hair. The main focus is his upper torso and his face, which is locked in the sort of slightly pained-but-focused expression that might otherwise be found in someone who's been up all night working on pitchbooks. But Adam Peaty has it far worse.

Peaty is an Olympic swimmer. The Financial Times' portrait of him illustrates what being driven looks like when taken to extremes and when not applied to the pursuit of $100k starting salaries and $110k after three years. At 26 years-old, Peaty is around the age of an associate in a bank, but his regime makes junior banker woes look trivial by comparison.

Every day, Peaty gets up at 6.30am, drinks black coffee and gets down to work, which for him means swimming 200 lengths of an Olympic-sized pool. He then devotes himself to intense eating: Peaty consumes 8,000 calories a day in the form of chicken and fish, lentils and legumes. And when he's not eating or swimming, he sits in ice baths to soothe his muscles.

Described as being able to "cope with so much," by his coach, Peaty says he's locked into a “constant cycle of suffering”, from which he's unable to escape because he's obsessed with getting faster and with winning at the breaststroke.

Apart from not spending 14 hours a day sitting a desk starting at Excel and PowerPoint, the big differentiators between Peaty and junior bankers are that Peaty is not subsisting on 5 hours' sleep a night and that his lifestyle is entirely self-inflicted. However, there are definitely learnings for the analyst and associate pool (and Peaty will probably surface in a Talks at GS session sometime as a result), not least because Peaty has faced burnout (in his case involving losing weight, gaining weight, drinking wine, drinking beer and going out at weekends with friends), and has pulled himself back around.

He has some natural advantages: 6ft 3 and with long legs and strangely flexible ankles, Peaty is able to make his feet into paddles in a way that's not available to the average swimmer. Mostly, though, Peaty seems to have extreme grit and determination. Eating 8,000 calories a day and living in a world of pain isn't easy. Junior bankers will probably want to stick to their own routines instead.

Separately, American financial titans have reportedly been pondering how it was that a mediocre-seeming banker faced-off “the smartest, toughest, nastiest, greediest sons-of-bitches that have walked the earth.” In a long and complicated portrait of the business affairs of Michael Rees, the head of Dyal Capital, the FT suggests it's something to do with opportunism and a disregard for the finer sensitivities of those he was doing business with - even though they also seem to have been friends and moved in the same social circles.

Rees - who fondly named Dyal after his children, Dylan and Alexa - seems to have upset all various people by firstly buying stakes in their funds and then cashing out via a SPAC and merger with a rival fund, such that the original people now feel their funds are semi-owned by a competitor that's party to all their secrets. Rees seems to have remained aloof, which is possibly another secret to his success. As a newly-minted billionaire, he can probably afford to be, but it's an impressive metamorphosis for someone who not long ago was just your average 'mid-level financier.'

The UK government is selling-off its £12bn stake in NatWest over the next year. It has a trading plan that will allow it to sell at market prices rather than through large bookbuilds at a discount. (Financial Times)

Sheila Patel made a name for herself at Goldman Sachs Asset Management by taking long-term bets on emerging markets that others deemed too risky, now she's all about fintechs. (Financial Times)

34 year-old Ryan Tolkin transformed Schonfeld from a family office to an $8.8bn fund. He gets his investing ideas from reading news reports to novels and informed his college roommate that he'd be running a hedge fund by the time he was 30. (Business Insider)

Sexism at video games developer Activision seems to eclipse banking. The "pervasive frat boy workplace culture,” allegedly includes “cube crawls,” in which male employees “drink copious amounts of alcohol as they crawl their way through various cubicles in the office and often engage in inappropriate behavior toward female employees." (Bloomberg)

Photo by Artem Verbo on Unsplash