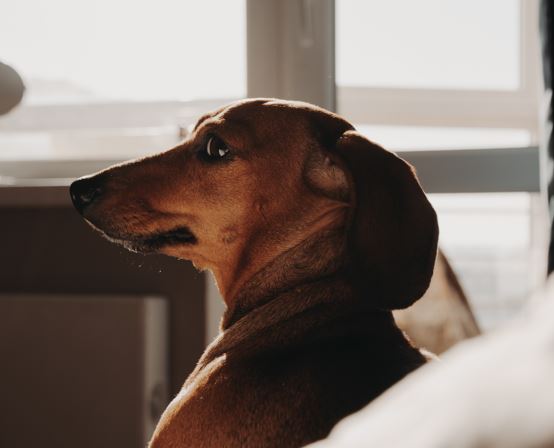 It’s a cliché these days to say that banking careers don’t appeal to the younger generation, and that being the founder of a tech startup is what the kids are all into.  Nonetheless, we can’t help noticing that there’s still some kudos left in the blue chip names of finance – even when announcing the close of a successful funding round, people like Kevin Glynn and David Nolan still like to mention that they worked for Goldman Sachs.

Often, the connection between the startup and the bulge bracket is pretty tenuous – there are plenty of “alumni” claiming to have an “investment banking background” on the strength of a single summer internship.  For “Butternut Box”, however, we’ll allow it – both of the co-founders came through the analyst program at Goldman and spent at least some time there as associates, in high yield debt and sales-trading.

Butternut Box seems to be one of the new generation of startups using data to make lives better. According to their latest press releases, they have a proprietary algorithm which “identifies how many calories each individual dog needs based on age, weight, breed, activity levels and body condition, and then pre-portions this amount into daily servings”.  Yes, it’s a dog food delivery service.  Specifically, it provides “human-grade” food made from “fresh” ingredients, and cites “studies” which apparently show that “dogs fed a natural diet can live up to three years longer than those fed on industrial canned products”.

This is a bit of a pivot. Three years ago, when we first noticed Butternut Box, the origin story was not based on algorithms and cutting edge canine nutritional studies, but rather on the fact that David’s family dog “Rudy” had an uncontrollable flatulence problem which went away when they gave her “a basic homemade recipe” of mince and brown rice, balanced between protein and carbs and with a few added vegetables.  This seems like both a more immediate benefit and a more quickly testable proposition than the three years’ extra life.

Giving up a promising banking career to spend your days cooking meals for flatulent dogs seems like a slightly weird thing to do.  But Butternut Box just raised $55.4m in a new funding round and seems to be doing well, so if you find yourself worrying that your pet has got used to being provided with a share of your Ottolenghi project every evening and will miss it when you go back to the office, there’s apparently an ex-Goldman startup for that.

Entirely separately, and only slightly thematically linked by the fact that “eating your own dog food” is occasionally used in the investing world to describe the practice of fund managers holding a portion of their personal wealth invested alongside client assets, Masayoshi Son has come back with a new proposal to make co-investments in Vision Fund 2.  This is an idea which has been somewhat hated by investors and corporate governance types in the past, as the SoftBank organization has so many moving parts that conflicts of interest are very hard to monitor.

Mr Son disagrees – he wants “management to share in the investment risk”. And, somewhat excitingly for the tight-knit group of colleagues at the top of SoftBank (including a lot of former Deutsche risk-takers), he also says that “I will take risks all by myself initially … then I will distribute to other people in the management”.

What could possibly go wrong? Well, he answered that too.  The key investment thesis appears to be “my conviction that AI revolution will absolutely continue for the next 10 to 20 years”, and Son made it clear that “If AI fails, SoftBank would fail, that’s a risk”.  If there’s anyone involved with Vision who’s less than a true believer, it might be worth quietly looking round for a way to put some hedges on.

If you fancy a pivot to startups, but don’t have a rude dog to give you inspiration, you could try “entrepreneurship by acquisition”.  Lots of tips from someone who’s been down that route, although they don’t give any advice on the crucial question of how long you might have to wait for enough early employees to leave so you can start calling yourself “founder”. (Entrepreneur)

Teens and Gen-Zs are so used to using emojis sarcastically that they find a smiley face to be passive-aggressive. If you’re thinking of sending a “pained sigh” emoji in response to that news, definitely don’t. (WSJ)

The Bloomberg “Pret Index” shows that it is no gimmick (ignoble thought!) and confirms that the delta variant is slowing down Wall Street’s return to work.  Frappucinos and five-berry bowls have apparently been particularly hard hit (Bloomberg)

Rich Handler, the CEO of Jefferies, is still providing advice in Instagram comments – this time to someone whose MD insisted that he travel to a client pitch in the week his wife was giving birth. We notice that the poster didn’t exactly confirm that they refused to go … (Wall Street Confessions)

Some kind of tragedy seems to have happened in Bank of America’s diversity and inclusion team on the West Coast – according to press reports, one senior vice president is dead and another executive is under arrest. (Sacramento Bee)

Another in the “so many deals that there’s a shortage of lucite” theme – IPOs have been going at such a pace that even some quite big issuers have been deprived of their chance to ring the opening bell at the NYSE because there’s a bigger or more telegenic company going public on the same day. (WSJ)

Photo by Екатерина Балабанова on Unsplash