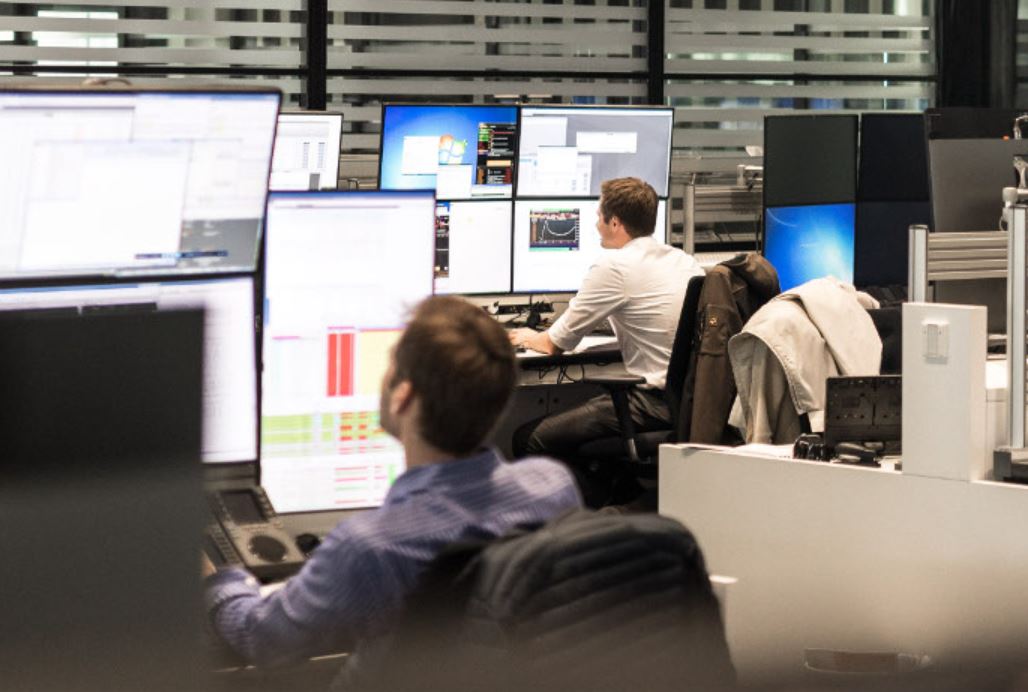 If you want to work for a top tier investment bank in 2022, the occupants of the elite category are fairly well known: the three U.S. investment banks formerly known as the 'bulge bracket' still rule the roost across most areas of the business. However, if you're a fixed income salesperson on trader, you may also want to give the newly resurgent Deutsche Bank some careful consideration.

This is the implication of the latest release from Tricumen, a market research firm focused on the financial services industry. In 2021, Tricumen says Goldman Sachs, JPMorgan and Morgan Stanley generated some of the highest revenues in the industry per member of front office staff across their investment banking divisions and in both equities and fixed income sales and trading.

In fixed income trading specifically, though, Tricumen says the revenues generated by each of Deutsche Bank's front office staff were roughly equivalent to those generated at the three U.S. market leaders.

Tricumen's conclusions, based on its own figures and analysis, are shown in the charts below. Banks that outperform the average are shown on the outside of the dotted line. Underperformers are shown within. 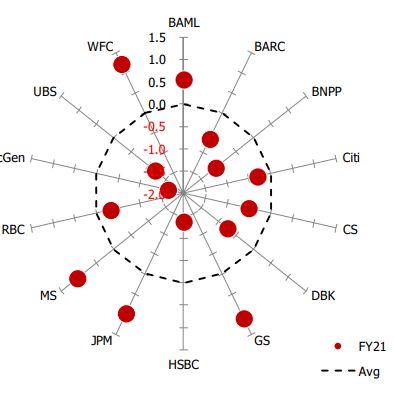 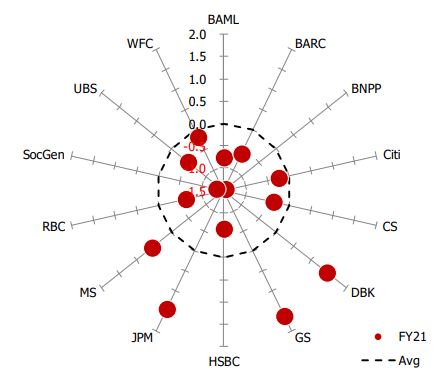 Operating revenues per head in equities sales and trading 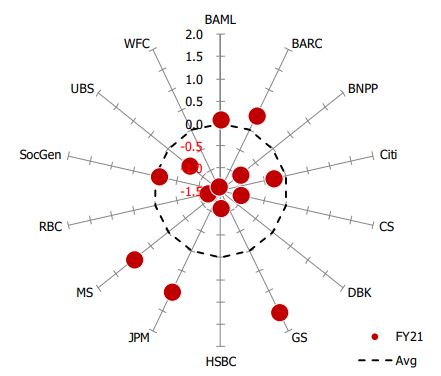 High revenues per head enable high individual compensation. After completing its multi-year restructuring and declaring a return to growth, Deutsche has said that it spent an extra €150m on bonuses across the bank last year.

Some of that spending will have gone to Deutsche's investment bankers. They are comparatively less productive according to Tricumen's charts, but generated strong growth in revenues last year. - Deutsche's M&A revenues were up 101% in 2021, versus an increase of 85% at JPMorgan, 84% at Goldman Sachs and 74% at Morgan Stanley.

Deutsche no longer really operates in equities trading (the dot on Tricumen's equities chart above refers to the miniscule rump of salespeople working with ECM). The German bank's fixed income sales people and traders should therefore be some of the biggest beneficiaries of last year's larger bonus pool. Not only were they among the most individually productive people in the whole market last year, but since 2019 they've increased revenues by 28%, versus an increase of just 4% at European banks on average.

Deutsche Bank's resurgence comes after the bank was upgraded by Moody's, Fitch and S&P last year. The bank has said that this encouraged clients to return to its trading business. 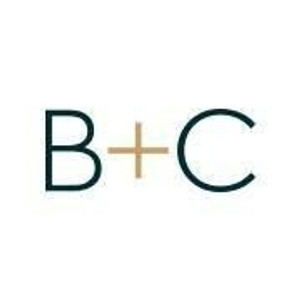