"I lost my banking job three times before I was 31" 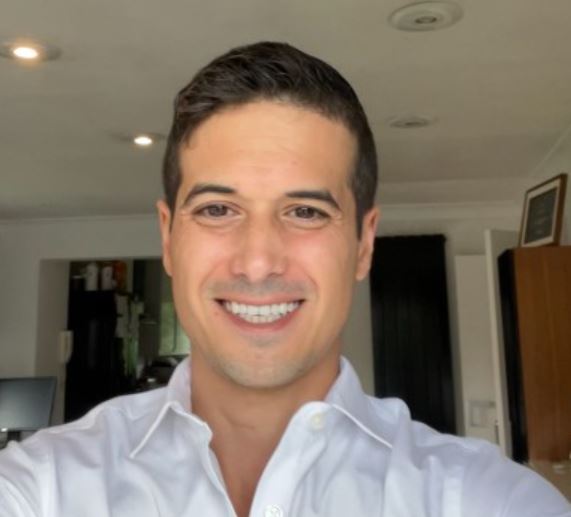 Last time we encountered Leigh Adams, he was having a bit of a hard time. Having been hired by Credit Suisse as a sales trader in August 2016, he was let go again in December 2016 during the first cost-cutting program run by former Credit Suisse CEO Tidjane Thiam. It wasn't Adams' fault: he was in the wrong place at the wrong time (Thiam himself was fired less than four years later). But nor was this the first time it had happened.

"I was only 31, and I'd lost my job three times," says Adams. "The first time was at Merrill Lynch in 2007, then at Nomura when they closed their equities division, and then at Credit Suisse when they cut all the senior people in the equities team.

"I'd get another job and it would prop me up for another year or so, but it got to the stage where I was coming right to the end of all my savings and I couldn't see any future in it."

Adams was a sales trader, a type of 'high touch' salesperson who talks to clients about trades. As trading moves onto electronic trading systems, sales traders have become a dying breed. Adams had evolutionary forces stacked against him.

"I love markets and I loved trading and I kept going back even when there seemed to be no future," he says. "When I started as a trader in 2007, commissions were at 15 basis points. Now they're at three. I was fighting against increased spending on compliance staff, MiFID II, and then electronic trading, which completely destroyed high touch trading."

Even though it was pretty clear that sales trading wasn't a great profession, Adams says it wasn't easy to walk away from. "It paid so much money," he says. "It's very difficult to turn down a job that pays several $100k - where else in the world can you make money like that? And as an equities trader, it seemed like I had few transferable skills and that finding something else would be very hard."

In fact, Adams says equities trading had given him an important transferable skill: resilience. Being fired three times (and leaving a trading job voluntarily in South Africa to come back to London once) meant that he understood that things can be difficult, but also that they can get better again. "The City brought me many downtimes," he says. "Whether it was redundancies or trying to pay the bills between jobs, it taught me strength and resilience, and the importance of hope. However dark life can get, there's always something on the other side."

When Credit Suisse let him go less than six months after hiring him, Adams initially applied to the buy-side. A hedge fund offered him a job as an execution trader managing trading algorithms, but made it clear that this job was also due to be automated out of existence in the medium term. Adams then decided to stop looking for new trading jobs and to reconsider.

"I took some time off and qualified as a yoga teacher," he says. "I got some space in my mind and kept my body fit. I'd been sleeping five hours a night as a trader - you have to wake up at 4.30am to be in the office before markets open, and then you're taking clients out in the evenings. I had no life."

After this hiatus, he discovered something else he was interested instead: plant medicines, and specifically - medical cannabis. A friend in South Africa had a license for medical cannabis and Adams says he began going to conferences about it: "I met a lot of smart people and I could see that it was a growing industry with social responsibility. - Cannabis is used for epilepsy in children, for PTSD and for multiple sclerosis, but the highly regulated supply chain makes it very hard for people to access in the U.K."

Spotting a gap in the market, Adams has now built a new marketplace for plant medicines, including medical cannabis, that connects healthcare professionals to suppliers. "We verify that we only have doctors and pharmacists on the platform, and this is our USP," he says. "It's illegal to show product information about cannabis to anyone who's not a healthcare professional in the UK."

Adams is currently seed financing round for the platform. He's looking to raise £1.5m and has already had interest from former banking colleagues.

You can find out more about Adam's marketplace B2Bgmp.com here.