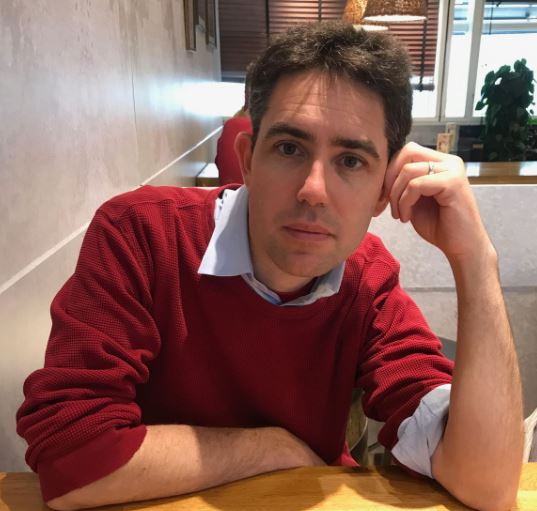 Strat by day, Moose by night

If you're looking for some music to relieve the stress of COVID-19 and its associated lockdowns, you may find David Solomon's works a little too upbeat and energetic for the current vibe. Fortunately, then, an executive director in Morgan Stanley's New York strats and modeling team has come up with something a little more pandemic-appropriate.

Chris Rohlfs has worked for Morgan Stanley for nearly seven years. However, like Solomon at Goldman Sachs, he has a side-gig. By day, he's a strat forecasting revenues and stress testing Morgan Stanley's wealth management business. By night he's Moose, a maker of 'hard-charging synth funk' with intensely contemporary lyrics.

Rohlfs is about to launch his most recent single, Emergency Contact, which he describes as a, "a fun but also heartfelt tune about really being there for someone in sickness and in health." The song was originally written for his wife as a Valentine's present, but has become increasingly pertinent as the virus has spread across New York City.

Rohlfs, who began playing jazz piano as a child but was rejected by top music schools when he was 18, says few of his colleagues in finance know about his alter ego. Emergency Contact is his second single and is being released as an EP on 15 May. He makes music at night (after drinking coffee) while his wife, a corporate lawyer, is working late.

Impressively, Rohlfs is also studying a doctorate in Electrical Engineering at Columbia alongside his music-making and day job (he already has a doctorate in philosophy and economics from Chicago). "This music project has been a way for me to procrastinate on writing my dissertation," Rohlfs says, adding that the single is about, "love, support, making it through difficult times, and spreading hope."