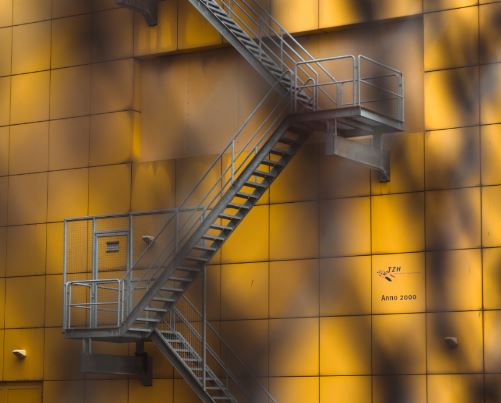 With lockdowns going on and on, and little respite in sight despite the talk of staggered returns to the office at the likes of JPMorgan, you might be a bit bored with your current job. As we reported last week, there are definite signs of pent-up demand for new roles when (and if) this is all over.

You might not need to wait for a return to normality: banks are still hiring, but so are fintechs. And recruitment at large fintechs has so far proven more resilient than recruitment at big banks.

Data from Otta.com, a site tracking jobs at start-ups, shows that while global jobs at fintech firms have fallen since the pandemic got serious, they haven't fallen by as much as at banks. Fintech jobs are down 47% since early March according to Otta; banking jobs are down 53%.

Recruiters say it's the biggest fintech firms that are holding out in terms of hires. "The current UK fintech job market is markedly polarised - on one hand you have large players who are incredibly well-backed and are therefore continuing to hire and grow throughout the crisis," says Adam Francis, a tech recuriter at Experis in London. "On the other hand however, a lot of smaller and newer start-up fintech businesses are struggling to raise the necessary investment capital in order to expand."

Even with the world in the deep freeze bigger fintechs are announcing some big hires. Coinbase, the U.S. digital cryptocurrency exchange, just hired Brett Tejpaul from Barclays to head its institutional coverage team. OpenFin, a New York-based company sponsored by J.P. Morgan, Barclays and Bain Capital among others, which aims to 'digitalize banking desktops' recently recruited Adrian Crockett, the former head of banking strats at Credit Suisse, as NY-based chief product officer. Crocket plans to build out the team: "We are targeting the combination of product managers, product designers (UX/UI), content/print designers, content and technical writers and product analytics," he tells us. "Needless to say, given my background there are also a couple of strats on the list."

The fintech firm with some of the biggest hiring plans right now, however, is Revolut, the digital bank founded in 2014 by former Credit Suisse equity derivatives trader Nik Storonsky. Even as the pandemic spread in late March, Revolut pressed ahead with its launch in the U.S.. Storonksy didn't respond to an invitation to comment on Revolut's hiring plans, but the company currently has over 200 positions open globally, including 100 in London (but only six in New York).

Fintech jobs aren't all well paid, and nor are they entirely about tech. When Revolut released its accounts for the year ending December 2018, the total bill wages and salaries plus share-based payments for its 431 global employees came to £11m ($14m) or an average of £25k per head.

However, some roles at Revolut clearly pay more than others: in March, Dipanjan Bhattacharjee, the former head of credit risk for Marcus at Goldman Sachs joined Revolut as vice president of credit in New York City. In London, Revolut's business is sprinkled with people who've recently left banking, including: Srikanth Padmanabhan, who joined in March as a technology risk manager after 3.5 years at Goldman Sachs; Aman Relia who joined this month as a business manager after two years in internal audit at Goldman; or Wolfgang Bardorf who joined as group head of treasury last November after an eight year career in liquidity management at Deutsche Bank. Last month, Michael Sherwood, the former European co-head at Goldman Sachs also joined Revolut's board following a $500m investment that valued the company at $5.5bn.

Gavin Christie, a London equities headhunter who's offering coaching services during the pandemic, says plenty of people he's speaking to want a different kind of role when the virus passes. "Suddenly a lot more people are open to the possibility of leaving banks and working in a fintech where you're not in a markets-driven role and you don't have to be in an office all the time," says Christie. "There are a lot of unhappy bankers and markets people out there who are now a lot more prepared to look at a second career in fintech than they were when this all began."

Photo by Marc Kleen on Unsplash