Morning Coffee: The MD who spread the virus on the trading floor. Goldman's new private jets 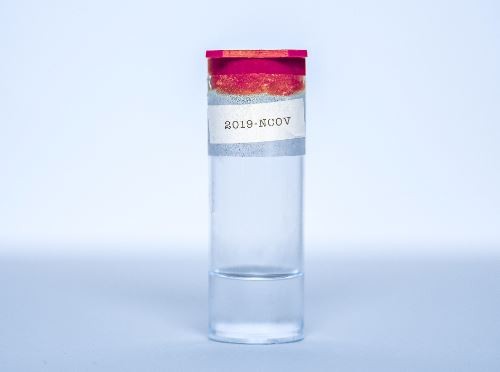 It was a managing director who did it. In a revelatory article about the week beginning 9 March, when everything really started to go wrong with both the markets and the virus, the Wall Street Journal details how JPMorgan ended up with an outbreak of COVID-19 on its Madison Avenue trading floor.

JPMorgan told its employees globally to begin working from home on 13 March. On the week beginning 9 March, however, the WSJ says that initially there weren't enough computers for everyone at the bank to do so. Even when there enough, some traders were allegedly discouraged from inhabiting home offices because of fears that the increased latency would impact performance. As an added incentive for attending the office, there were allegedly reminders that bonuses would be linked to performance during the period of high volatility. In JPM's defence, many other banks have been accused of similar misdemeanours, particularly early in March when the threat of the virus was still intangible and working from home still seemed extreme.

At JPMorgan, as at Goldman Sachs around the same time, it was a managing director who came to the office with symptoms of COVID-19. However, whereas Goldman's MD didn't spread the virus (as far as we know),  JPMorgan ended up with an outbreak that affected 20 employees on its trading floor and resulted in a further 65 in quarantine. The MD reportedly arrived at work on the 5th floor of JPMorgan's HQ on 9 March, a mad day in the markets, with a cough. He coughed all day and began to feel more ill as the day progressed. The next day, he actually stayed at home - but it was too late, colleagues were already infected.

JPMorgan seems to have compounded its initial error with slow communication about the infection (colleagues weren't told for a few days) and confused advice about the infected. Staff were told to stay out of the office for seven days as long as they showed symptoms, but to return after that as per CDC guidance at the time. They were also told that a cough alone didn't mean they were infected. Many didn't want to come in at all. Again, other banks stand accused of the same thing.

Ultimately, JPMorgan issued its edict that everyone should work from home if possible on March 13th, putting it ahead of some other banks that dragged their feet. However, it still has trading floor staff working on back-up sites like Basingstoke in the UK, some of whom are now being housed locally and who want to work from home in London. Other banks also have a core of trading and support staff still in the office.

Efforts are being made to support the staff who are still coming in: there is hand sanitiser and there is desk spacing at JPMorgan now. It's not clear whether there are also masks, as at Goldman Sachs, but presumably a mask is no good if you're talking on the phone to clients anyway.

As traders, compliance officers and risk professionals continue to come into the office across the industry, JPMorgan's experience in Madison Avenue highlights the risks if an infected employee arrives at a desk. Some traders may be wondering if it's worthwhile, particularly as this year's bonuses are almost certain to be nothing or close to nothing anyway....

Separately, you don't need a private jet for virus free travel during the coronavirus, but it probably helps - as long as you're the only one on it, or your fellow passengers are all wearing masks. This is not, however, why Goldman Sachs is buying private jets for use by CEO David Solomon and other 'executives.'

Despite the clear health advantages (and ongoing environmental disadvantages) of personalized air travel during a pandemic, Goldman Sachs' decision to purchase two new Gulfstream private jets appears unrelated to the pandemic and was taken late last year. The jets, which can hold up to 19 Goldman bankers each have yet to arrive, and the more fancy of the two (a G650ER) won't be ready for years, so the pandemic may be over by the time the firm takes delivery of the aircraft.

A spokesperson for Goldman Sachs told Bloomberg the new jets are all about saving money. As we noted last week, Goldman appears to spend upwards of $100m a year on commercial airline tickets. The G650ER alone, however, costs $50m+.

With the purchase still going ahead, Goldman clearly doesn't plan to use Zoom meetings to mitigate its carbon footprint and reduce travel costs forever. Bloomberg notes that the firm received plaudits in the past as one of the only banks without its own private jets for executives. Solomon seems to have reversed this.

Citigroup's backup office is in Rutherford, N.J., across a swamp from the New York Giants’ football stadium. When Goldman Sachs' David Solomon drinks coffee he has four shots of decaf espresso and almond milk, over ice, in a Yeti supercooling mug. (Wall Street Journal)

An ex-JPMorgan banker runs one of the best coronavirus newsletters. (Cronycle)

HSBC is telling analyst hires who were due to start in July to come in October instead. (Financial News)

JPMorgan delayed the start of its internship to 6 July. (Bloomberg)

Ex-UK shadow chancellor John McDonnell's solution for funding the coronavirus crisis: “We pay for it by introducing an immediate windfall tax on the banks and finance sector we bailed out when they brought about the crisis a decade ago.”  (Guardian)

Highly paid footballers are digging in against a pay cut. “The proposed 30 per cent salary deduction over a 12-month period equates to over £500m in wage reductions and a loss in tax contributions of over £200m to the government. What effect does this loss of earning to the government mean for the NHS? Was this considered...?” (Financial Times)

London finance hiring has ground to a halt. “The number of businesses we’ve seen drop off in the last three to four weeks has just been astonishing.” (Financial Times)

Selecting which companies can weather a crisis versus the dead ducks has probably been the most overlooked financial skill-set since the Lehman Brothers crisis, especially in corporate bonds. (Bloomberg)

Bank CEOs working from home: "Normally I'm at my desk by 7: 30 a.m. in a suit and tie, but it was surprisingly easy to get used to working from my kitchen table in jeans and a sweater." (FiNews)

There are some ominous signs in mortgage real estate investment trusts and CLOs. “You have junkier and junkier debt, and it’s super levered up." (Bloomberg)

M&A bankers are being reinvented as restructuring bankers. “These guys are an enormous resource. They know industries very well. They are very connected to clients and often get the first call when there is trouble...A CEO may not know a restructuring banker, but he will often know an M&A banker.” (IFRE)

The total running costs of all American and euro-zone non-financial firms (excluding payments to each other) are $13.5trn a year, of which $11.6trn is wages....Ideally private investors would swoop in—Warren Buffett is sitting on $125bn of spare funds and Blackstone’s funds have $151bn. But the duration of lockdowns is unclear. (Economist)

Ken Griffin's memo to employees: "Few of us have ever faced this level of uncertainty in our lifetimes, and the weight of a myriad of new demands will impact each of us differently. We will all have our moments...Take time to make sure your parents — and if you are fortunate enough, your grandparents — and those most at-risk in your lives are well cared for." (Business Insider)

Photo by Vincent Ghilione on Unsplash