The JPMorgan VP who became the expert on COVID-19 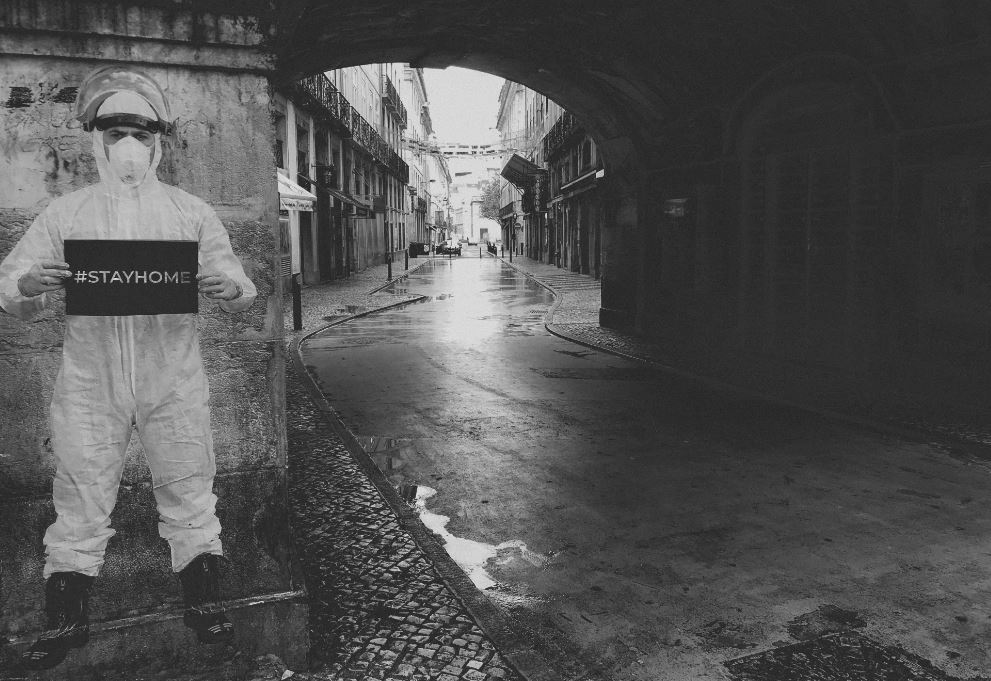 Ever since the COVID-19 pandemic erupted in early March, people have struggled to master the new vernacular of virology. Traders have been combing Stat News for information on vaccines and armchair epidemiologists can now converse about the R number, but one ex-JPMorgan VP is way ahead of the curve.

Nicholas Granatino hasn't worked in banking for a while. He spent eight years in the industry between 1995 and 2003 and then quit. Granatino left to study a D-Phil in chemical biology at the University of Oxford. It was an unlikely career move, but one that has left him unusually well placed to comment on COVID-19 and its impact on markets and the economy.

"It was totally a bold thing to do," says Granatino of his decision to leave banking and to pursue a PhD that was - for the first year at least unfunded. "It was a reset and a restart to my career."

Granatino began working for JPMorgan in London, where he was an emerging markets banker. He later moved to New York to help run "Lab Morgan" an early JPMorgan accelerator that invested across the fintech and venture capital space. It was there that he encountered the biotech industry, and realised that without a PhD he lacked real credibility. "Even though I'd studied science, people were looking at me and saying I hadn't done any lab work," says Granatino. When JPM closed Lab Morgan, he contacted the Oxford professor who'd founded the biotech company he was involved with, and spent the next six years working on a PhD, partly under Sir Peter Ratcliffe, who won the Nobel Prize for medicine in 2019 for his work on hypoxia.

In the sort of career quirk that reflects the notion that you can never really tell what's coming next, Granatino didn't end up using his new qualification to become a biotech investor after all. Instead, he met Pierre Andurand, the French oil trader, hedge fund manager and investor. Granatino began working with Andurand on "passion investments" but steered him away from the biotech industry which is both capital intensive and risky. "Instead, we have been investing in education and media platforms," says Granatino.

One of those platforms is Chronycle, a paid platform that allows people to aggregate curated information from across the web into personal feeds.  Granatino curates his own COVID-19 page. He also sends his own, increasingly popular, COVID-19 newsletter, informed by both his academic background and his time in finance and investing.

"A lot of my friends in banking have signed-up and enjoy it," says Granatino. "My intention is to make biomedical news more accessible and to cover the issues that COVID-19 has an impact on." The newsletter is free and he has no plans to monetize it. "The media is broken when it comes to coronavirus coverage. It's politicized because this is how the media make money - there's no universal education," says Granatino. This is his attempt to rectify that.

As lockdowns are lifted, Granatino is one of the scientists who consider governments are taking a risk. "The lockdown in China lasted 76 days. The lockdown here [Granatino is based in the U.K.] has been far shorter and less strict and we have had mixed messages from the government," he says. "In the next two weeks we will see how the virus behaves - we still have 8,000 cases a day and if the transmission rate goes above 1, the disease can quickly go exponential."

If it does, Granatino is of the opinion that we will end up with successive lockdowns similar to those predicted by Imperial College in March. "We won't be in a worse play in July than in April, but we will need to be reactive to flare ups," he says. The danger is that trust in government has been eroded and people won't agree to be locked down again.

In the meantime, Granatino advises his former banking colleagues to mask-up in confined spaces and to continue to maintain a personal lockdown for as long as they can. He himself has had the virus - he caught it from a doctor mid-March and has enrolled in a study to monitor his antibodies.

"Science has been doing extremely well, but there are still a lot of things that we don't know about this disease and it's long term effects," says Granatino. "It's not ethical to say, 'Let's just expose everyone to the virus and try to shield people,' when there are so many unknowns."

Photo by Yohann LIBOT on Unsplash