Edge computing: Barclays' guide to the top tech jobs of 2023 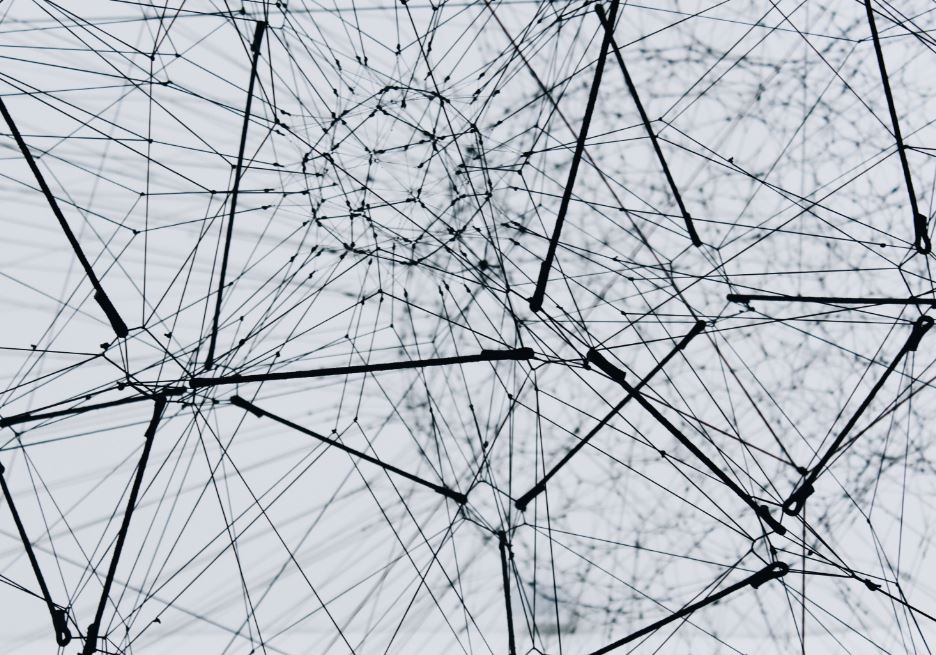 In a new report on the coming opportunities for Edge computing, Barclays' analysts Tim Long and Chang Liu predict the Edge market will be worth ~$20Bn in terms of hardware, software and services by 2023.

What is Edge computing?

Edge computing means that, "a significant portion of worldwide data traffic and workload will be processed and stored at the “Edge”," say Long and Liu. This means, "locations close to end users, as opposed to centralized hyperscale data centers whose service areas are measured in the thousands of square miles."

As the chart below shows, financial services isn't exactly the core use case for Edge computing: Barclays sees some of the biggest opportunities being in utilities and agriculture. The internet of things, autonomous driving, cloud gaming, and virtual reality are also expected to be key users of Edge technologies. 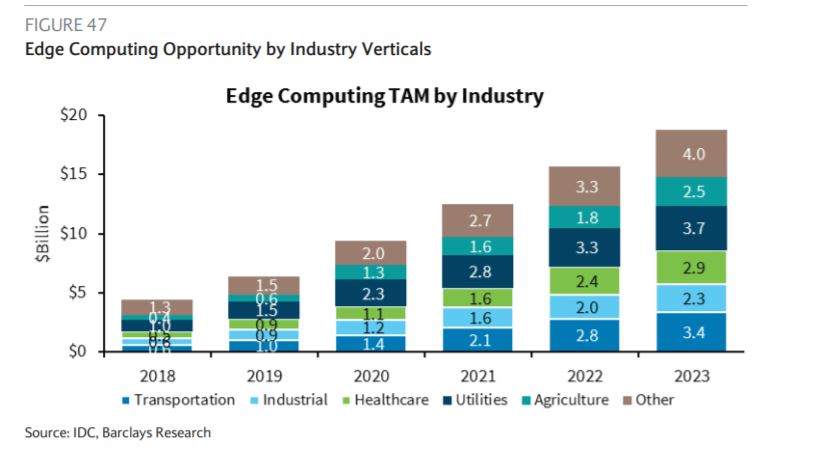 Where is Edge computing relevant in financial services?

Edge computing is used for anything that benefits from low latency. In financial services this clearly means high frequency and systematic trading (particularly if traders are sitting at home). In retail banking, Barclays' analysts say it means applications like mobile payments and banking services and things like intelligent kiosks.

How does Edge computing differ from cloud computing?

Right now, cloud computing relies upon hyperscale centralized cloud data centres. Under Edge computing, this computing power is pushed to the edge of the network. "Edge computing significantly shortens the distance between end user devices and data processing and storage resources that serve them," say Long and Liu. This reduces the need to transmit everything back and forth to the centralized cloud where most workloads are processed right now.

An Edge data center is a data center near the end user. Long and Liu predict that in the next three to five years Edge data centers will be, "increasingly modular, compact, and ruggedized for outdoor or underground deployment." They foresee the proliferation of "secure cabinet environments that include all the processing (CPU or AI computing accelerator like FPGA, GPU, TPU), storage (HDD or SSD), and networking necessary (switch, router, optical transport) to run applications."

What does Edge computing mean for developers?

Edge computing will create plenty of new jobs for hardware and networking professionals, but it also has implications for software engineers. In particular, Long and Liu predict increased need for security applications as more "Edges" create more potential points of access for threats and increase the adoption of 'security as a service.' It could equally generate increased demand for software developers who can work with virtual and augmented reality.

What are the issues with Edge computing?

Although Edge computing is intended to reduce latency, Long and Liu note that it could potentially increase it.  When Edge devices generate a lot of data, for example, an Internet of Things (Iot) gateway aggregates and streamlines it before sending it back to cloud data centers to process. "This architecture creates a number of issues, such as security, compliance and latency, as well as lacking scalability and automation," say the analysts. "All of those will exacerbate bottlenecks as edge devices generate exponentially larger amount of data."

Photo by Alina Grubnyak on Unsplash