Morning Coffee: "We can remain irrational longer than they can remain solvent." The richest man to leave Deutsche Bank 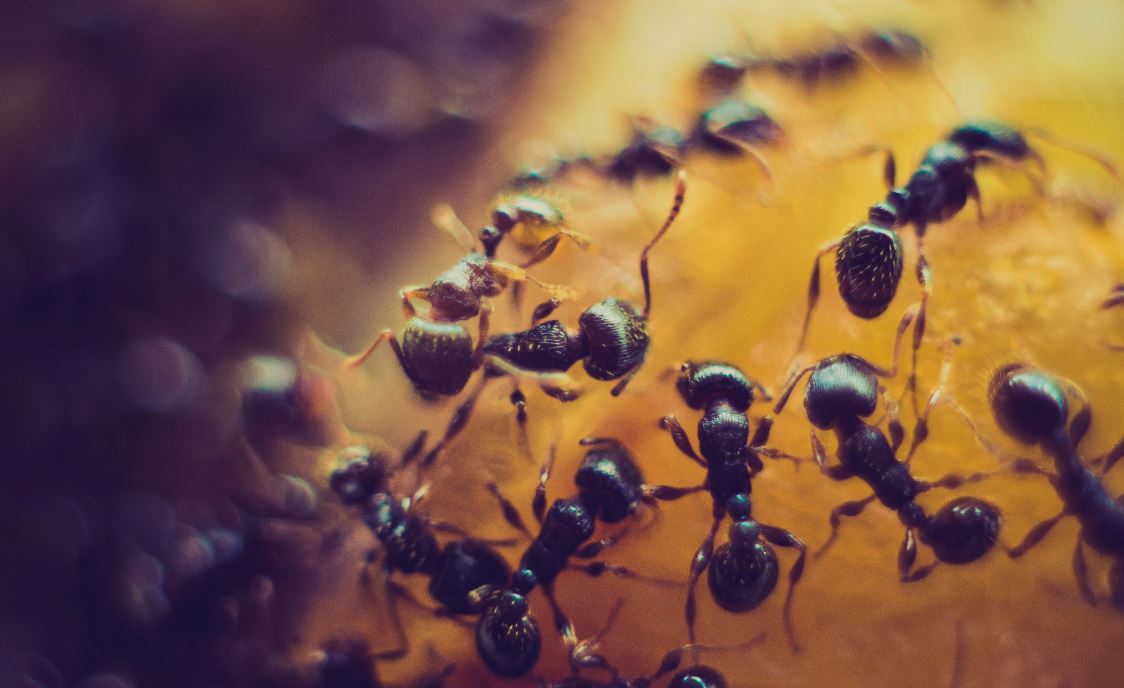 It used to be that to make money in finance you needed the right credentials: academic exceptionalism, an excellent degree, maybe a few CFA exam passes. This remains the case if you want to work for hedge funds like Point72 or Melvin Capital, both of which have lost billions this week. It is not so if you want to be one of the millions of anarchic small investors upsetting them and others.

There has definitely been upset: a video of unknown origin has emerged of a suited man throwing a chair about on a trading floor and shouting expletives, seemingly directed at the trading vigilantes on Reddit's Wall Street Bets (WSB) account. "People are crying," a portfolio manager at a London hedge fund told Financial News.

Yesterday, the insurrection was halted by the suspension of trading in the 'sensitive' stocks targeted by the WSB crowd on trading apps like Robinhood. There were suspicions this might be related to the fact that Citadel Securities executes Robinhood trades and that Ken Griffin - who owns Citadel Securities, bailed out Melvin Capital - but this was heavily denied. It subsequently emerged that Robinhood suspended trading while it drew down credit lines after extreme volatility increased its risks and capital requirements.

Today, Robinhood has said it will allow "limited" buys of the securities targeted by the army of WSB traders, but "may make adjustments as needed." The WSB traders are ready and waiting: "Just liquidated $188K worth of stonks AKA FRESH POWDER for the battle tomorrow," says one Redditor named dumbledoreRothIRA.

For anyone still unclear as to exactly what's been going on, why some of the world's largest hedge funds are being wounded, and how systemic the situation is, Chris Arnade, a former Citigroup bond trader turned-photographer of Americans on the margins, has a clear explanation in New York Magazine. The Redditors are using call options, says Arnade: They would,"buy a call option that gives them the right to buy a GameStop share for $50 at some point in the near future. And you can buy that very cheap because no one thinks the price of a GameStop share is ever going above $50. The broker dealers will sell the call options at a low price because they think it’s a low-probability event. But the Redditors know it is not a low probability event because they are going to push up the stock."

When the broker dealers sell the call options, they hedge their risk says Arnade: "They do that by buying their own GameStop shares, so they get some benefit if the stock somehow rises past $50. But it seems like a small risk. So if they sold a call option for 100 shares, they’ll only buy five or ten."

However, they were reckoning without the Redditors who group together on Wall Street Bets and target a particular stock like GameStop to force its price higher and higher, even if the fundamentals of the company don't justify this. "Suddenly, the broker dealers have to buy more GameStop stock to cover their risk. But when they do that, the stock price goes up even further. It becomes what is called a “gamma squeeze,”" says Arnade. Meanwhile, hedge funds that have been shorting GameStop need to buy the stock back to limit their losses: "So it just sets off to the moon." - And as it does so, the losses of hedge funds shorting the stock increase exponentially, as - potentially - do those of broker dealers once the stock exceeds the price of the call option.

Arnade suggests that some Redditors might have been unaware exactly what the effects of their collective strategy would be, but there's little sign of this on Wall Street Bets, where their raison d'être seems to be about causing as much pain as possible to the financial elite. "DON'T PANIC IF THE SQUEEZE DOESN'T HAPPEN FRIDAY," says one. "It's not guaranteed to. The only thing that is guaranteed mathematically is that the shorts will have to cover at some point in the future."

What's clear - and where Arnade is right, is that many in the Wall Street Bets are explicitly framing their efforts as a battle against the credentialed elite who work in finance. "Those hedge fund managers probably all studied game theory at Yale and are going through their entire playbook of what to do against rational actors. Too bad their ivy league degrees didn't teach them what to do when coming up against millions of retards and autists," says one. "We can remain irrational longer than they can remain solvent," says another.

The real problem is that the market wasn't at all rational even before the 'irrational' Reddit actors came along. However, until this week, the irrationality was benefitting the big hedge funds. The danger for the Redditors now is that rationality suddenly infects their ranks, and that they break ranks and sell their stocks to lock-in their enormous gains. Like every good Ponzi scheme, there are already signs that new Reddit entrants are struggling to afford the most popular stocks like Gamestop, Nokia and Blackberry: at some point, the foundations to the buying group will likely disappear and the rest of the edifice will crumble. The question is whether this happens before or after hedge funds have to cover their shorts.

Separately, someone who hasn't had a bad week or year is Rajeev Misra, the former Deutsche Bank credit trader who now runs SoftBank's Vision Fund. After extending his condolences to Colin Fan, the former head of Deutsche Bank's markets business who left the Vision Fund this week, 63 year-old Misra is now eyeing his winnings. The Financial Times notes that he was loaned $250m by SoftBank last year to buy shares that have since rallied and are now worth $1bn...

Wall Street Bets has 3.1m users — or, as they like to call themselves, “degenerates”... “The biggest fund in the world now is wallstreetbets in terms of its ability to move markets,” says one hedge fund manager. “They are super confident and they use leverage. They are the big swinging dick in the room.” (Financial Times)

'If you’re buying short-dated out-of-the-money call options on GameStop hoping to push the price up, that has worked great so far. But if it stops working—if people stop piling in to buy more call options—then it will start working in reverse. You’ve created forced buyers on the way up, but forced sellers on the way down. They’ll be competing with you to get out before it all collapses.' (Bloomberg)

Ben Patte, 16, a high school student in Wisconsin who said he made $750 off GameStop stock, said the campaign felt like vindication for himself and fellow young traders. “It’s a good opportunity to make money and stick it to the hedge funds,” he said. “By buying GameStop, it’s kind of like beating them at their own game.” (New York Times)

UBS has signalled that it won't be at all flexible on Andrea Orcel's deferred pay. (Bloomberg)

The City of London needs to learn to do without equivalence, says Jose Manuel Barroso. “I personally believe that there will be no permanent equivalence decision on the side of European Union, regarding financial services...It’s more or less inevitable, irreversible, a trend of progressive divergence.” (Bloomberg)

Commerzbank is cutting one in three jobs in Germany, mostly in its branch network. (Financial Times)

Jobs are back this January. Job seekers are not. (New York Times)

Photo by Salmen Bejaoui on Unsplash