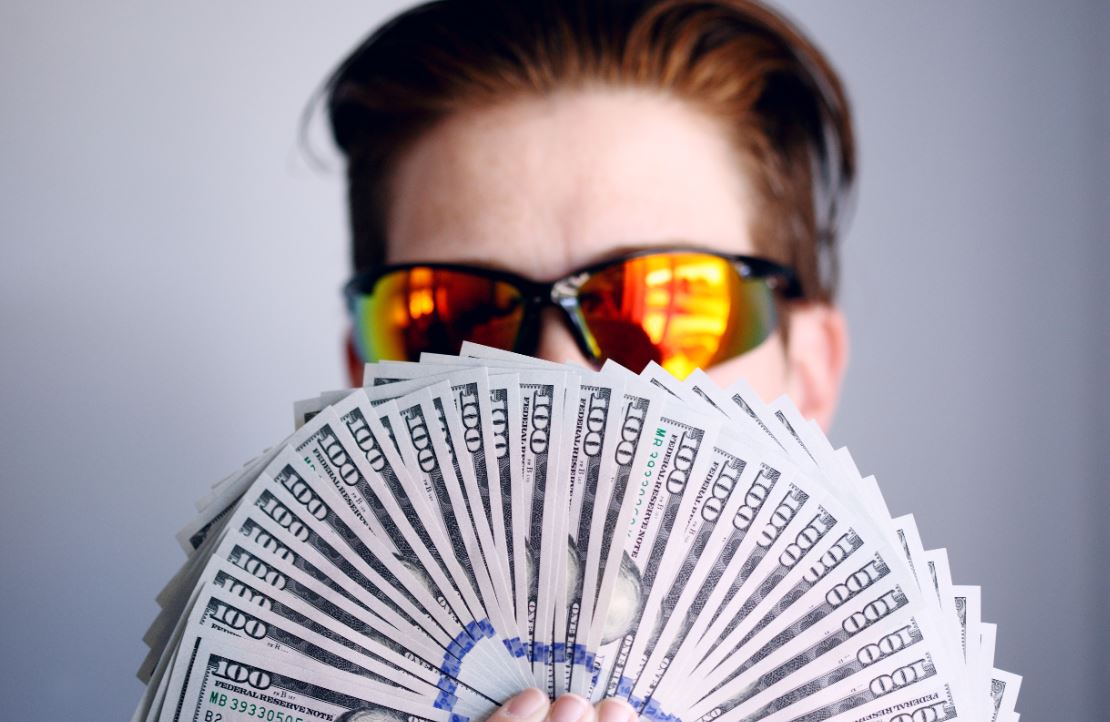 If you wanted to get paid for your efforts in an investment bank in 2020, you probably shouldn't have been working for a firm with a large retail and commercial bank attached.

This observation was made early in the financial crisis when really enormous writedowns on non-performing loans were a possibility. It was also alluded to by James Gorman, CEO of Morgan Stanley and by Colm Kelleher, Gorman's former lieutenant.  - "The good news about Morgan Stanley is that we’re not really a lending bank, we’re not in consumer finance like Goldman. They’re the areas that are going to suffer,” Kelleher informed the Financial Times last July.

Fast-forward to February and gigantic writedowns haven't manifested themselves by virtue of government rescue packages. However, some U.S. banks have nonetheless been compelled to make provisions for potential losses on non-performing assets, including credit cards and loans, under new FASB credit loss accounting rules.

It's no coincidence that the only CEO at a major U.S. bank to receive an elevated package this year is Gorman at Morgan Stanley, whose pay increased 22% to $33m last year. As a result, Gorman is now paid more than Jamie Dimon at JPMorgan, whose pay was held stable at $31.5m for 2020. David Solomon at Goldman Sachs had his 2020 pay docked by $10m for the 1MDB scandal and so isn't a valid point of comparison, and Citi CEO Mike Corbat was punished for failing risk systems, but Bank of America's Brian Moynihan most clearly illustrates the danger of working for a bank with a big consumer division. - Moynihan's pay was cut 7.5% as Bofa's net income fell by 35% on provisions made under the new accounting rules.

Poorly performing consumer divisions could also affect compensation at British banks like Barclays and HSBC, which report fourth quarter results this week and next. This is why M&A boutiques like Moelis & Co. and Evercore are bullish about their ability to attract senior investment bankers, and why traders keep leaving big banks for electronic market makers and hedge funds. - If you want a pay rise, working for a bank with a lending arm is still not ideal now.

Separately, Ken Moelis, CEO at Moelis & Co., said last week that the firm was hiring and promoting, "young upcoming managing directors who are developing businesses in parts of the economy that almost didn't exist 10 years ago." Now Goldman Sachs has a new team that seems to illustrate Ken's point clearly. - Goldman has reportedly created a new 'auto-technology' team based out of San Francisco to work with companies like Tesla.

The new team will be co-led by Chris Buddin, a banker with two decades' experience, who previously ran Goldman's internet of things team, and by Fausto Monacelli, an auto banker who's been at Goldman Sachs since 2000. Neither Buddin nor Monacelli are exactly 'young and upcoming,' but Goldman VPs who do fit that position might be expected to jostle for roles on the team.

Bank of New York Mellon will now hold, transfer and issue bitcoin and other cryptocurrencies on behalf of its asset-management clients. (WSJ)

JPMorgan's Daniel Pinto says bitcoin isn't there yet, but it will be. “If over time an asset class develops that is going to be used by different asset managers and investors, we will have to be involved...The demand isn’t there yet, but I’m sure it will be at some point.” (Bloomberg)

44 year-old billionare Chamath Palihapitiya is the king of SPACs. His firm, Social Capital invests in solutions to inequality and climate change. (Bloomberg)

Members of McKinsey’s investment banking research team are alleged to have inappropriately taken information from Coalition, their former employer. “As a result of our review, we now believe several individuals violated McKinsey’s terms of employment and professional standards. While our clients’ information remains secure, we have taken immediate steps to terminate the employment of individuals implicated to date, suspend the CIB Insights products for the foreseeable future, and inform clients of the actions taken.”  (Financial Times)

The European Banking Authority says lenders should be able to count investment in software towards their core capital levels. Eg, if a bank spends €100m on a new trading system, much of that can now be counted as loss-absorbent capital. In a first break from Europe, the Bank of England disagrees. (Financial Times)

A study on a big Chinese travel company showed people at home were promoted at about half the rate of those in the office. Office workers developed more “managerial capital” by having lunch, coffee or general chit-chat with each other and their bosses. (Financial Times)

The upsides and downsides of Bill Michael, KPMG U.K.'s plain speaking ex-boss. “He was seen as very tough, as old school, and as very direct, and some people felt the firm needed that and wanted that level of control. Other people saw him as completely counter culture and did not want him taking the firm in a cultural direction they did not want it to go in.” (Financial Times)

Michael grew up in a working class Melbourne suburb and was known as the “Donald Trump candidate. (Guardian)

Photo by Shane on Unsplash