Morning Coffee: Banker disgruntlement means a rush of job moves. Is this the poshest man at Goldman Sachs? 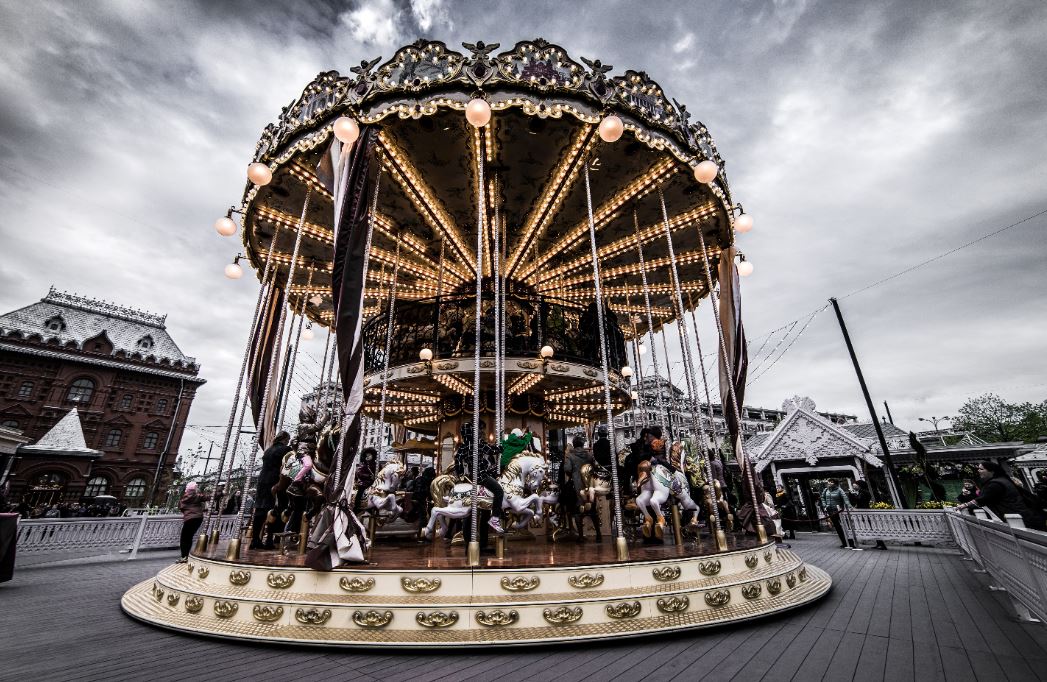 The carousel has started

Exit, voice and loyalty, those are the three choices everyone faces when the annual bonus round turns up an answer that they don’t like.  Loyalty has a lot to be said for it, particularly if it means you’re taking the long view in an improving franchise.  Complaining is the worst option – it rarely gets you anything, and it marks you out as a malcontent.  In general, the best advice is that if you have a better offer, go to it, and if nobody else wants to pay what you’re getting now, try to hush up the fact and make it look like you’re being loyal.

It’s often possible to measure the relative strength of key players in the industry by the scale of the post-bonus poaching season.  As is often the case in banking, generalized statements of optimism are cheap, but paying a premium to acquire top talent with long-term compensation to lose is expensive.  In Australia, for example, Barrenjoey Capital clearly have enough money still to spend to keep the jobs market hot and UBS nervous.

Elsewhere, it’s noticeable that there have been a significant number of high-level departures from Goldman Sachs. These include people who had already reached the top ranks and even been recently promoted, so it’s hard to dismiss them as the fallout from the partnership announcements.  It just seems that hedge funds and startups – although for the moment, not so many other banks – have a bit more appeal, something that one might not have said a year ago.  Because almost every job move takes at least three months to organize, March is the month when you find out the most information about how people saw the outlook from the perspective of the previous year.

Not everything is driven purely by a single year’s bonus round, of course.  In the case of someone like Jason Mathews, who appears to have left a GS equity derivatives franchise where pay was generally considered to be generous, there might be some lifestyle considerations – he’s thought to be heading to work full time in Miami, where he had been spending more time over the last year.  And there are push factors as well as pull – it’s hard to overestimate the number of major job moves which take place because someone felt left out or underappreciated.

Added to which, the 2021 post-bonus job moves are particularly difficult to interpret because there’s a lot of pent-up activity. The pandemic upset the whole recruiting process at the start of last year and made people very risk-averse when it came to leaving secure franchises.  By the time everyone got their mojo back, bonus expectations were high enough that few were prepared to walk away from the year’s accrued entitlement, and so we’re now seeing a number of moves that might have been talked about for as much as nine months.  But even so, it does appear that we're in job-swap season and that some are leaving for smaller, aggressive firms and fintechs.  That feels like good news.

Elsewhere, there are many games with which one can while away a quiet afternoon in the office, but a perennial source of banter on London’s trading floors has always been “Who Is Most Posh?”. A popular set of rules resemble those of blackjack – you need to find the person in the bank who is closest to being a member of the nobility, without actually being one.

Corporate broking divisions are almost always a good place to start looking; they’re an idiosyncratic feature of the UK advisory industry which tend to attract chaps and chapesses from good families.  Someone with several middle names is also a high score, particularly if one or more of them is pronounced in a non-intuitive way.  “Spouse has an interior design business” is a very strong indicator, with the contribution proportionate to the status of their most famous client.

We might have found a winner; and we hope that Charlie St John Patrick Lytle, co-head of corporate broking at Goldman Sachs, will be proud enough of the success of Soane Britain (the apparent inspiration behind the new and very expensive redesign of the Prime Minister’s living quarters at 11 Downing Street) to withstand a little good-natured teasing...

We hadn’t realized this, but just as the ultimate mobile phone flex is not to have one because you’re powerful enough not to have to take anyone’s calls, the ultimate LinkedIn flex has to be a profile that you’ve clearly never read.  Karen Seymour, the General Counsel of Goldman Sachs who announced her departure today, is listed on her profile as an “Executive Vice President”.  She’s not; she’s a partner on the Management Committee. (LinkedIn)

If a client comes to your brokerage wanting to sell some illiquid bonds, it turns out that you’re not allowed to ask round the workplace and form a syndicate of 16 colleagues to take them off his hands for a discount price, at least not any more.  Irish brokerage Davy appears to have missed this update to the rule book back in 2016 and has now paid a fine settling the case. (Irish Times)

A former employee of Morgan Stanley has had his dismissal upheld and been fined by a FINRA investigation for “numerous expense reports seeking reimbursement of business meals that he knew included false information about the attendees at those meals”, although the employee claims that this is a pretext and the real reason has more to do with a $14m lawsuit from a client.  Although in many ways that sounds worse. (ThinkAdvisor)

Canadian pot stocks are old-fashioned – the latest securities fad from the frozen North is the “retail appetite for psychedelics”. (Globe and Mail)

BGC Partners claim to have had $35m stolen from an account set aside for UK tax, and are pursuing the “two associates” who took it. (FT)

As banks like JP Morgan talk about the “carrot and stick” approach, some research on what works for companies trying to reduce vaccine hesitancy among their employees. (Harvard Business Review)

Photo by Mitya Ivanov on Unsplash