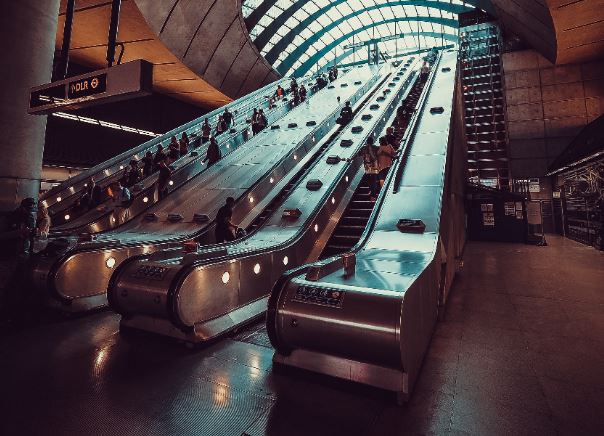 After Easter, there will be more people working in the offices of investment banks in London. One Credit Suisse trader says mid-April is his unofficial return date. Goldman Sachs is reportedly lining people up already ahead of in-office internships, and JPMorgan technologists say they're eyeing a return before interns arrive too.

But at least one senior technologist at Morgan Stanley appears to be digging in for working from home.

An executive director in Morgan Stanley's prime brokerage technology team, has made multiple comments on LinkedIn about his strong preference for continuing to work from home in East Grinstead, a town in West Sussex, 27 miles outside London.

"I for one do not look forward to a return to the office," he said two days ago, alongside a photograph of Canary Wharf Station at rush hour. "Fluorescent lights, cramped lifts, air conditioning that dries your eyes, expensive coffee, a view of rows upon rows of desks," he added. "....The office doesn't improve my life in any way. At least not in a way that couldn't be achieved differently post COVID."

If you work in banking technology, it's easy to see why slogging in and out of the office might seem an irrelevance. - Morgan Stanley, like most banks, has technology teams that work together globally. In another post, the technologist points out that while senior managers typically want staff back in the office to maintain company culture, this makes little sense when a team is so distributed.

Not all technologists share this sentiment. One JPMorgan tech professional said he's looking forward to going back into the office when he can. "I've been doing 60 hours instead of the normal 45-50 in the office. I like the separation between work and home life, the downtime to read books on the train, the lunch options, the three screens and the very comfortable chair..."

The MS technologist however, has a vision of a better life long-term if everyone continues working from home. "What if you lived in a world where you could socialize and collaborate away from the office. Maybe a coffee morning in a nice work space or even your house, or cycling together once a month for team bonding. Zwift or real. Things that really help a team bond in different ways. The office often feels like the forced option to me," he says.

Photo by Alexander London on Unsplash