Where Christian Meissner will cut jobs at Credit Suisse 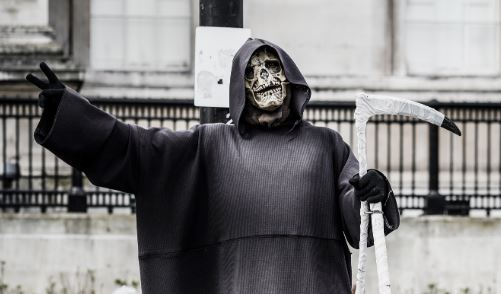 The future is suddenly looking little less certain for people working in the investment bank at Credit Suisse. After being reassured that restructuring was a thing of the past and that the future was all about growth by then head of the investment bank, Brian Chin, at Credit Suisse's December 2020 investor day, cuts seem to be back on the table. Chin's gone along with the head of equities, and a new CEO in the form of Christian Meissner is taking the helm.

Citing various banking analysts, the Wall Street Journal suggests that Meissner - who becomes head of the investment bank in May 2021 - will need to save money. Following its $5bn loss unwinding Archegos Capital Management traders, the Swiss bank is already said to be weighing significant cuts to its prime brokerage unit in the near future. At the same time, reduced risk appetite is expected to reduce revenues across the bank, making additional cuts an inevitability.

New Credit Suisse chairman António Horta-Osório is starting in May too, and can be expected to work with Meissner on a plan to restructure the business. This gives Credit Suisse people a few weeks to polish their CVs.

Analysis by banking research firm Tricumen suggests there were two broad areas where profitability at Credit Suisse lagged other banks last year, and where jobs could be jettisoned. - The investment banking division (M&A and corporate finance) and fixed income sales and trading. Tricumen's analysis, which is based on its proprietary data, suggests that the profit margin in Credit Suisse's investment banking division was one of the lowest in the industry in 2020; and only SocGen had a more slender margin in fixed income sales and trading.

By comparison, Tricumen says the profit margin in Credit Suisse's equities sales and trading division was on a par with the likes of Goldman Sachs and JPMorgan for 2020 - although this presumably won't still be the case in 2021 when the $5bn loss is accounted for.

When it comes to the investment banking division, Meissner may be inclined to engage in some upgrading. In 2017, Credit Suisse boasted that the average tenure of managing directors in its investment bank was 12.5 years, implying the potential for a clearing of the decks at the senior end. Meissner, whose CV includes time at Goldman, Lehman Brothers, Nomura, and Bank of America, knows plenty of senior bankers across the market who might be encouraged to join him in his new venture. Watch, therefore, for various big CS exits and a few big hires. Watch, too, for how well Meissner gets along with David Miller, the head of investment banking and capital markets at Credit Suisse, who's been at the bank forever. Miller is now bedded-in after being promoted to his role in 2019, and is likely to have his own opinions about how the business should evolve.

In fixed income sales and trading, Meissner inherits a business that was cut heavily by Chin and by former Credit Suisse CEO Tidjane Thiam, and which is looking a little lopsided as a result. Thiam hacked away at the bank's macro sales and trading capabilities, with the result that Credit Suisse's fixed income sales and trading business substantially underperformed during last year's macro trading boom. In December, Chin predicted that the bank would make amends for this in 2021 as its areas of strength like securitization and leveraged finance boomed. This may have been wishful thinking. Meissner may also want to trim some of Credit Suisse's senior securitization professionals and credit professionals, who have an average tenures of around nine years and 11 years respectively, and are mostly Chin's people.

The real question, though, is what happens in equities sales and trading. Credit Suisse's equities business as been through a succession of changes in recent years following the arrival of Mike Stewart from UBS in 2016 and Stewart's hiring spree across the equity derivatives business. New York-based Stewart left the bank in July 2019 and was replaced by America's head of equities trading Paul Galietto, who'd joined the bank in 2017 after working for UBS and Merrill Lynch. With Galietto gone, equities might seem ripe for restructuring - the bank could yet focus more heavily on the successful derivatives business and move away from cash equities and prime broking.

The quickest way for Meissner to cut costs will be to remove a swathe of long-serving Credit Suisse managing directors and to reply more heavily on junior MDs and director-level staff. Four years ago, a former MD told us the bank was overpaying for underperformance.  "I came from one of the top U.S. banks and the MDs at Credit Suisse were being paid twice as much," he said. "People at the bank I was coming from were far bigger producers - Credit Suisse seemed happy to pay for mediocrity." Now could be the time to set things straight.

Photo by Yomex Owo on Unsplash