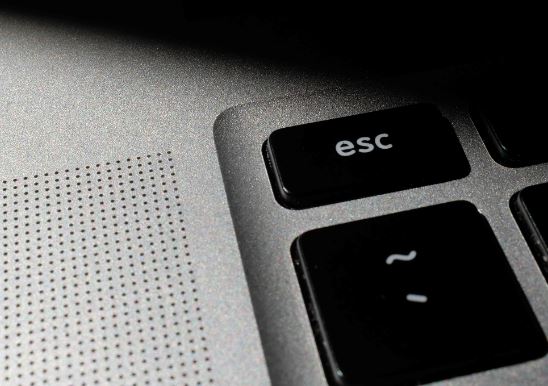 Earlier in the year, it sounded like Deutsche Bank were going to be among the leaders in terms of changing their working models after the pandemic.  Since the move to working from home coincided with some of the best quarters in recent memory, Christian Sewing seemed to treat it like a pair of lucky socks that he was reluctant to change in case the winning streak ended.

As interns loom, however, Sewing seems to have rethought his footwear and there are a few caveats being made. Deutsche Bank people will soon be expected back in the office, just not all the time. According to CFO James van Moltke, the target range for home working time is closer to a generous three days a week at home a week than two – “It’s a range of 40 to 60 percent, we think, of flexibility”.  And yet, “it will really be up to the employee, but in a structured way with the manager so we know when people are expected to come to the office”.

Deutsche is unlikely to be the only one with the 'line manager permitting' clause, yet as  soon as they hear the word “but”, bankers are likely to feel their cynicism triggered.  Everything from paternity leave to protected weekends to casual dress codes has a history of being announced with great fanfare by executives and human resources, and then taken back with little disclaimers like “agreed with your line manager”, “unless there’s a client meeting” and “where it doesn’t interfere with business”.  And there always seems to be a gravitational pull toward the traditional model of everyone showing up every day, in the office, wearing a suit.

It’s notable, if you look at the history of banking, though, that there’s a cyclical pattern to this tendency.  In bull markets, employee perks proliferate.  In bear markets, everyone gets scared and managers have to deal with the intolerable stress of realizing that there is very little they can do.  When you’re faced with the reality of a falling market, there’s a strong incentive to reach out and try to manipulate anything which looks like it might be a control.

So as long as the Q1 performance levels continue, the 40-60% range might be sustainable.  As soon as the cycle turns, however, we can expect the nudging emails to go out and, step by step, as surely as a morning meeting which seems to get five minutes earlier every year, the pressure will start to increase. This could set up a paradoxical situation in the future where banks find themselves having to buy back all the office space they thought they had been able to right-size.

Elsewhere, they say that the past is a foreign country – they do things differently there.  This is apparently true of even the comparatively recent past, as one Big Four accountancy firm’s Australian practice might reflect.  In 2015, the private equity division decided that not only would they continue to hold a “boy’s night out” to which none of the female employees were invited, but that it would be a good idea to send out a video invitation to eighty male colleagues.

It gets better.  As well as being a fairly obvious disciplinary matter in itself, the video consisted of reminiscences about people crawling through their own puke, and senior staff buying shots for the graduate trainees until they vomited through their noses.  If that was the worst of it, it would have been bad enough, but one comedy genius decided to (not necessarily truthfully) boast that he had been bribing a stripper not to talk to the press about the event, and fiddling his expenses in order to do so.

Unsurprisingly, the private equity bros involved were fired in 2018 after an internal investigation, and the firm in question is trying to point out that it’s moved on now that the video has come to light.  It seems absolutely superfluous to say “don’t do this” because surely nobody would think to any more – it’s more a wonder that it was only six years ago that it apparently needed to be said.

When old friends and business partners end up in court, all the pent-up resentments come out – as part of a dispute over introduction fees to his hedge fund, Anish Mathur is also suing Saleem Siddiqui for allegedly calling him a “one trick pony” in a conversation by a hotel swimming pool. (Bloomberg)

The FT’s long read on the current situation and near future of Credit Suisse contains some ominous lines like “If I were a betting man I would say it is 50-50 whether [Horta-Osório] ends up being interim CEO”.  It also reveals that if you want to hire the Portuguese star banker, you need to be able to come up with membership of a really fancy tennis club. (FT)

It appears that “Margin Call” is becoming the millennials’ equivalent of “Wall Street” – the movie that everyone learns line by line and keeps coming back to. (Bloomberg)

How do you find out whether a robot is racist?  Pymetrics, the company behind some strange video games that investment banks are sometimes making people play during the interview process, hired a team of external AI experts and psychologists to go through its algorithms, effectively auditing them for traces of bias. (MIT Review)

The UK FCA is planning to relax the rules on research bundling for small cap brokers and fixed income research as part of its post-Brexit review.  Apparently nearly four fifths of companies with market cap under $250m have either no coverage at all or one single analyst. (Bloomberg)

It’s possible to make a six-figure income as an “Excel influencer”, if you’re prepared to do things like make TikTok videos where you dance to chart hits while explaining how to use VLOOKUP. (Business Insider)

Photo by Charles Deluvio on Unsplash