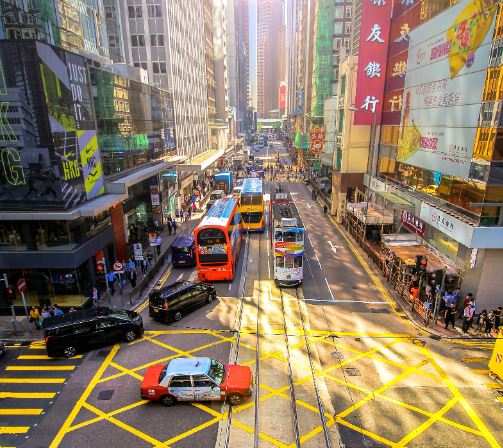 As HSBC moves its senior executives to Hong Kong, some of their relocation packages are reportedly causing problems. Bloomberg reports that Peter Wong, HSBC's regional chief in Asia is unhappy with the cost of the relocations.

Greg Guyett, who runs global banking, Barry O’Byrne, the head of commercial banking and Nuno Matos who runs wealth management for HSBC, are all relocating from London as part of Noel Quinn’s ‘pivot to Asia.’

Back in 2010 when group CEO Michael Geoghegan relocated to Hong Kong from London the bank came under fire for awarding him a £300k (HK$3m) bonus, on top of his relocation package. That was largely a ruse to dodge the cap on bankers’ bonuses that was imposed at the time by the UK financial regulator.

HSBC doesn’t pay relocation bonuses but instead the bank pays standard relocation fees for anyone moving roles internationally. How standard depends on whether they agree to move on expat or local terms.

One former HSBC banker said the expat package is superior and covers housing and schooling as well as shipping costs for personal belongings. “These guys are senior, so I'd expect full rent and all school fees in HK, or US or UK depending on choice. They also escape the senior managers' regime.” Another expat banker said that golf or country club membership will likely be included because it’s seen as a sought-after perk in Hong Kong.

HSBC has some company houses, but living in Hong Kong is expensive with rental prices four or five times more than in other foreign cities, although with some expats heading home, they are lower than they have been.

Prices to rent a four-bedroom apartment on The Peak, the highest point on Hong Kong island, start at around $160k (£14k) a month.  Stanley on Hong Kong Island is also popular, with prices for four-bed houses with sea views at around $190k.

Apartments in mid-levels Central are also popular among expats. Perched on the city’s steep slopes, they are minutes from downtown. A five-bed, four bathroom 4000 sq ft apartment at Bowen’s Lookout is currently advertised at HK$280k per month.

For those preferring to escape the City, The Kadoorie Estate in Kowloon is an exclusive residential community that has long been one of Hong Kong’s best kept secrets.

Meanwhile, fees for two children at the international school start at an average of HK$432k per year bringing the total for accommodation and education to more than HK$3m a year.

The full relocation packages could therefore easily cost HSBC HK6.5m a year for each executive transferred. At a time when the bank is cutting costs, it's easy to see why Wong is annoyed.

Photo by Florian Wehde on Unsplash