Morning Coffee: Developers in banks get better perks than bankers. Your next team away-day is on the astral plane 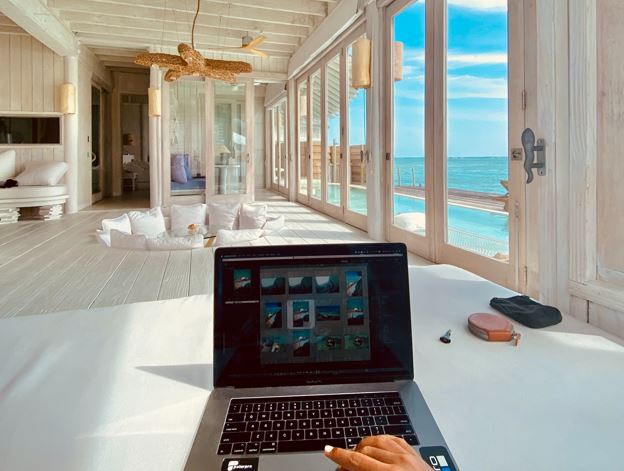 Delta variant permitting, it seems clear that investment banks want to get their staff back in the office, potentially back in suits and back on red-eye flights to places with questionable vaccination records to meet clients face to face and do … largely the same deals that they’ve been doing over Zoom for the last two years, but with more of a feeling of normality.  But when it comes to technology staff working in banks, things don’t seem to be going the same way.

Even at banks where front office workers have been told that everyone is expected back in the office from Labor Day, this doesn’t seem to necessarily apply to coders.  Banks are understandably reluctant to make a lot of public comment about this, but Jes Staley of Barclays has said that “there is no one-size-fits-all approach”, and Goldman Sachs techies have apparently been told that they will be allowed two days per week at home.

To a certain extent, it makes sense from a business point of view.  None of the most common arguments made against remote working – needing the bustle of the trading floor, having to meet clients, providing apprenticeships to young graduate trainees – really apply to computer programmers.  They don’t have the same workflow or needs, and they are, stereotypically, much less keen on talking face to face.  For many purposes, banks might reason that they might as well let developers get on with it and save the floorspace.

But at a deeper level, this is a similar story to the junior banker pay rise cycle – there’s a tight labour market, and the workers are aware that they have the upper hand for once.  Even before the pandemic, a lot of tech skills were in extremely short supply and banks were making big stretches to get them – JP Morgan even set up a new hub in Seattle in order to recruit cloud computing experts.  With banks’ technology needs only having grown during the pandemic, they’re still chasing the same talent pool and are in an even worse position to demand lifestyle changes from the people they’re trying to hire.

People want to feel that they are being respected.  Both tech workers and investment banking analysts work extraordinary hours and spend a lot of their time being treated quite badly.  Now and then, the employers need to show them some love and respect.  For bankers, the currency of respect is money; coders are a bit different and seem to value freedom of action and the perception that they haven’t quite fully sold out.

Elsewhere, the ubiquitous “mindfulness app” was a common employee benefit for bankers in the early stages of the pandemic, when employers recognized the stress everyone was working under and wanted to be seen to do something without spending too much money.  More or less every banker has a subscription to one of them these days.

But if mindfulness is to be considered a perk of the job, how much more of a perk would mind expansion be?  New startups like “The Journeymen Collective” aim to “bring spiritual well-being into the corporate world” via “guided ceremonies” which include the consumption of between two and five grams of psychedelic mushrooms, “blended with gourmet chocolate”.  Suddenly, Zoom cocktails have begun to seem rather tame.

Surely this must be the solution to a lot of bankers’ problems.  If your team can’t be in the same physical location, get them all together in the same cosmic state of mind.  There are even luxury resorts offering the chance to indulge in shared trances via the vomit-inducing shamanic herb ayahuasca.  Practitioners are promising laughter, tears, “writhing around on the floor” and deep personal insights, plus “integration practices” to incorporate what you learned on your trip into your everyday personal working life.  We’re now on the lookout for the first hedge fund to claim that its employees are “microdosing” to gain a few points of alpha – then we’ll know it’s time to look out for venture capital and a psychedelic IPO boom like the cannabis stock bubble.

The “Litquidity” Instagram story is reporting that Goldman will be paying all front-office juniors $110k starting salaries, not just in investment banking. This would be in line with other bulge bracket banks and probably avoids arguments later in the year. (Instagram)

While London looks over its shoulder at Paris and Frankfurt, the gap between banker compensation anywhere in Europe versus New York just keeps growing. (Financial News)

Banks are increasingly tying bonus payments to ESG measures for all staff, not just top management.  This looks like something of a mixed blessing; on the one hand, it’s yet another confusing metric that’s even further removed from an individual’s ability to influence. But on the other hand, it’s a bit of insulation from the business cycle – even in a lousy year, the bank might end up paying out that proportion of the bonus pot that’s meant to be allocated on environmental grounds. (Bloomberg)

It might be hard to get everyone back to face-to-face working if the clients don’t want it.  According to data management company Vidrio Financial, absolutely all of the asset allocators they surveyed expect the “new normal” to involve a significant use of video calls and hybrid meetings for due diligence.  (HedgeWeek)

HSBC is gradually increasing the pressure on staff to get vaccinated – from October, unvaxxed employees in Hong Kong will have to get a COVID test every two weeks, at their own expense. (The Standard)

Boris Collardi was brought in to modernise Swiss wealth management bank Pictet.  After a while, the partners realised that they basically didn’t want to have much to do with modernity, and he was edged out. (Finews)

Bank of America has set a record for the number of patents earned by its technologists; 227 of them in the first six months of 2021.  Nearly half of them relate to AI and machine learning, although there are also blockchain and payment technology innovations. (Bloomberg)

If the workload of banking is getting you down, why not consider a career change to an industry where the customer is always wrong?  Some tips on how to make the switch to financial regulation. (Financial News)

Photo by Ishan @seefromthesky on Unsplash