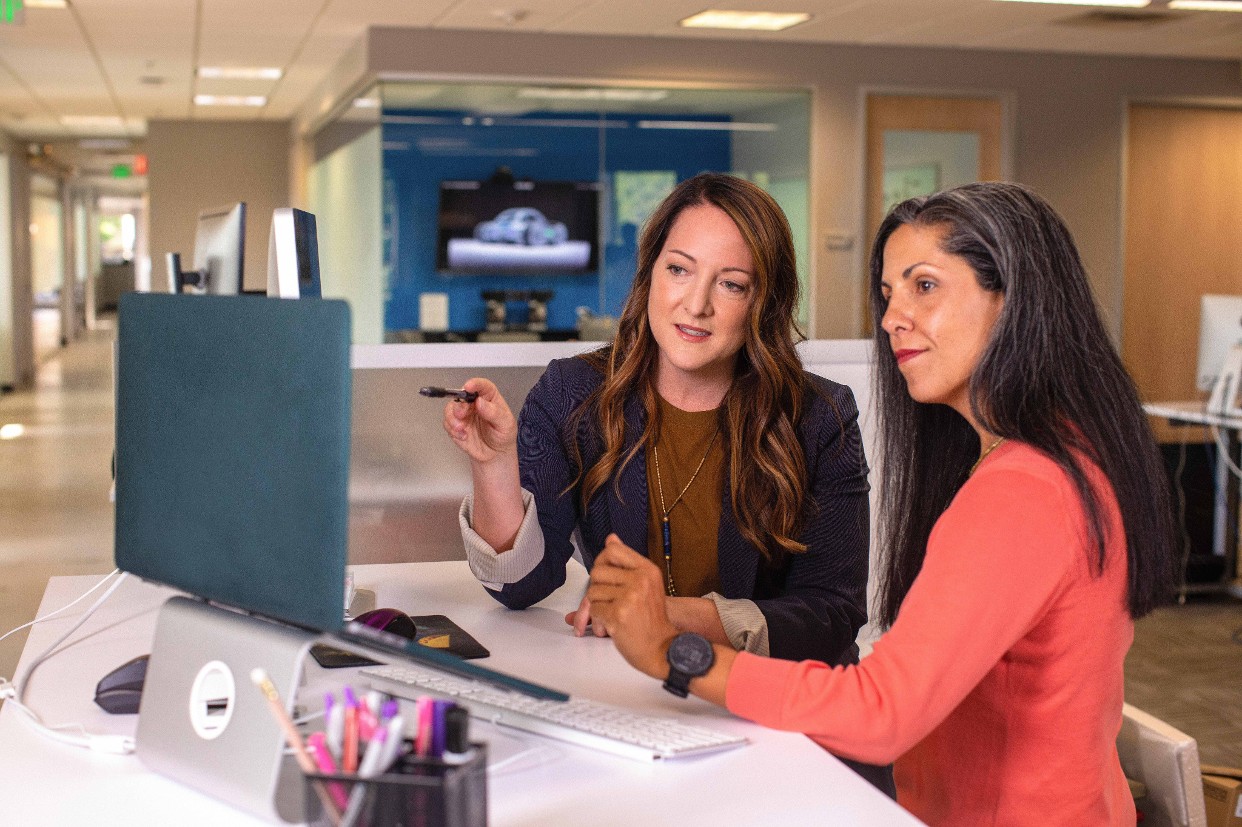 Are women more risk-averse than men? Some studies have shown that women in finance take fewer risks when picking stocks, investing in venture capital, and making acquisitions. But why? And is this the whole picture?

A simplistic explanation is that in primitive societies men were forced to compete for status and power whereas women were more likely to be caregivers. Others have suggested that men are just natural thrill-seekers in a way that women aren’t. The truth is likely to be more complex, and an increasing number of academic studies point to a more nuanced picture.

Luisa Alemany, Associate Professor of Management Practice in Strategy and Entrepreneurship and Academic Director of the Institute for Innovation and Entrepreneurship at London Business School (LBS), together with co-authors Mariarosa Scarlata, Associate Professor of Management at the University of Bergamo and Andrew Zacharakis, Professor of Entrepreneurial Studies at Babson College, has carried out some research into social entrepreneurship and impact investing. Her conclusion is that whether or not women are inclined to take risks depends on the context. In some circumstances, it transpires, women may be more likely to accept what she terms “social risk.”

"Social risk" and the human element

Previous studies on risk-taking behaviour among men and women have tended to focus on quantitative finance decisions such as investments, acquisitions and leverage. But many important decisions in investing, entrepreneurship and business more broadly are about betting on people, addressing social problems, or trying to find the right balance among conflicting interests.

LBS alumna Sarah Bertram Smith MBA2019, Investor at Brighteye VC, says: “The human element in an investment decision is often underestimated: at an early stage, you are taking a bet on a human. You can do as much analysis as you want to safeguard that risk but really you’re taking a risk, or placing a bet, on an individual.”

The former trader came to study for an MBA at LBS because she wanted to pivot into early-stage investment: “If there is one thing that’s glaringly obvious on the trading floor, it is what an alarmingly inefficient allocation of financial resources there is in the world, and consequently how under-utilised these resources are.

I see my responsibility as an early-stage investor to redirect capital to founders and companies with the potential and ambition to change the world for the better, and achieve outsized returns in the process. The two are not mutually exclusive.”

Interestingly, Dr Alemany had not actually set out to study how women invest. She wanted to understand the relationship between human capital and risk-taking in impact investing. “The surprising results about gender were something we had not anticipated,” she says. She had decided to observe impact investing as it is a setting that involves both financial investments and social implications. Venture philanthropy investors invest in social entrepreneurs who seek to address social problems while also pursuing financial sustainability or even profit.

To construct a dataset, Dr Alemany and her colleagues contacted all of the dedicated venture philanthropy funds in Europe, the US, Asia, and Australia – a total of 104 active firms. Fifty of these firms agreed to share their data with the researchers regarding their approach to investments, which allowed them to look closely at risk-taking behaviour.

For each of the social investment firms, they identified the composition of their investment teams, focusing on the top management team, which makes final decisions. They examined how many women were part of the top management team. Out of the 183 top managers working for the 50 investment firms, 70 (38%) were women. They then ran a regression analysis on the risk-taking orientation, the composition of the teams and some control variables.

These regression models displayed a clear effect: impact investment firms with a higher proportion of women in the top management team took significantly more risks in their investment decisions. The average team in the sample (which has 1.7 female team members) scored 12 on their measure of investment risk, whereas an investment firm with 3 women on its team scored 14.6. A team without any women, by contrast, took risk to the score of 9.5. In other words, in this industry, teams with more women take significantly more risk than teams dominated by men.

The researchers then tried to understand what was behind these results. They first corrected for potentially confounding factors such as portfolio size and possible reverse causality, to check the findings’ validity. The effect remained. Likewise, the women’s previous work experience, whether it was in investment banking or an NGO, didn’t change the effect of the findings.

In follow-up interviews, several respondents suggested that women – more than men – are willing to take a chance when it comes to social-impact issues. One investor said, “In this sector, you are not being challenged on your financial success only; this makes women push the boundaries more.”

What can we learn from this?

“We believe these findings are important,” says Dr Alemany. “Social impact is a deliberate goal for these firms, something which is increasingly true for firms in general. Businesses aren’t just judged on their financial performance any more. Environmental, social and governance (ESG) factors are part of the equation. And research by my colleague Ioannis Ioannou and others is starting to show that those companies that take ESG factors into account have better long-term financial performance.”

“Most, if not all, significant strategic decisions have non-financial implications,” points out Dr Alemany. “They may not be as easy to quantify as financial implications, but they’re often just as important. Our findings demonstrate that women take such risks into account and are willing to take bets on those grounds. Firms that don’t include female representation in investment and decision-making teams might therefore themselves be missing part of the equation when looking at risk.”

Many venture capital firms are reluctant to recruit women because of their supposed risk aversion. But this means, potentially, social risks might not be sufficiently taken into account, and opportunities for a positive impact beyond mere financial success could be missed.

“I think there’s a greater willingness among women take risks on a person or mission,” says Bertram Smith. “It’s about having an understanding of people, their drive to succeed – resonating on a human level with someone who believes wholeheartedly in what they’re doing. That’s the best part of the job!

Investing for impact as well as financial return

“On a personal level, every time I invest, I ask myself the question: does this need to exist? I feel a responsibility to do so. There could be a multitude of investments that would make sense purely from a financial return perspective where I answer no – but the future offers both, so why not find those companies.”

Brighteye is the largest and most active edtech fund in Europe, with $110m AUM and 25+ investments across nine countries. It invests at seed and series A stages in technologies that help people learn and grow, at every stage of life. Following a successful first close of €45.5m for its second fund, Brighteye will be announcing the second close later this year with a target of €75m. It is not strictly speaking an impact fund, but as so often now there is clearly an impact layer.

Bertram Smith says: “In my view, in five to ten years’ time, having some form of impact at the core of a business will no longer just be a social mission, but a financial imperative.”

Recalling her early career on the trading floor, a male-dominated, alpha environment, she says she loved the excitement but realised the environment was ultimately toxic. “There’s no way diversity can thrive. Any outside way of being or thinking is rejected. Diversity is more than an international cohort, it’s diversity of thought that is key.”

In investing too, there is a layer of how a woman “should” be that can get in the way. “As a man it’s much easier to be that strong personality, self-confident, talking about your risk-taking. If a woman does that it’s seen as brash. If you’re an investor you need to be likeable as well as impressive and respected, so that can be tricky.”

From her own experience in the industry she concludes, “I don’t think women are less risk-averse. That’s a cultural perception that has been perpetuated. There might be a greater element of empathy in how women invest but that is not the same as less risk-taking. If anything, it’s just more effective.”