Morning Coffee: Ex-Barclays MD now rents out his large house for £14k a night. Credit Suisse analysts could earn over $200k next year 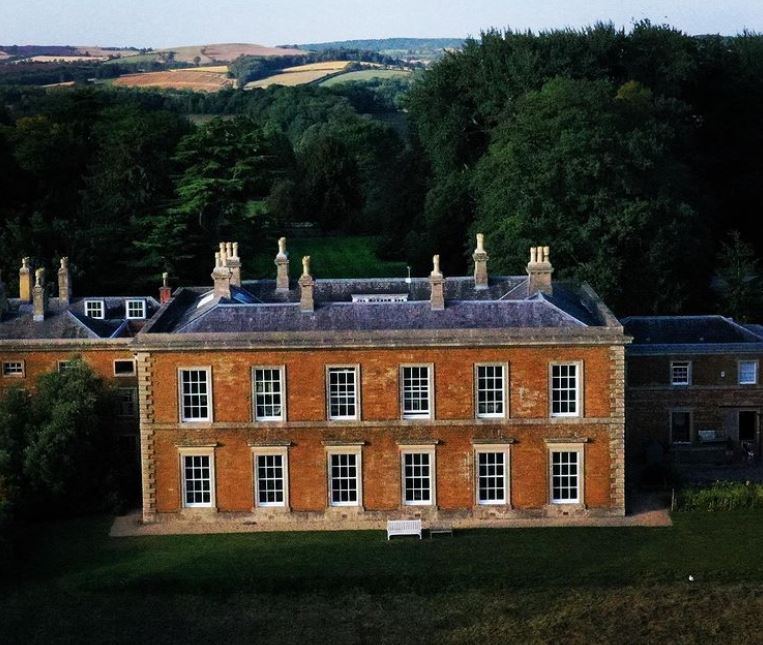 Giles Godfrey knows a thing or two about getting maximum value out of distressed assets.  Up until 2017, he was the Head of Non-Traded Assets in the Barclays “Non Core” business unit.  Since then, he’s been a Senior Advisor to Keypoint Financial, a boutique capital markets advisory business specialising in advising companies on the sale of non-core divisions.  However, if you look him up on LinkedIn, you’ll see that his current top job is as owner of Keythorpe Hall in Leicestershire, a country manor house that he’s spent nearly the last ten years renovating.

Taking on a property like this is always a gamble.  Any big, old building has the potential to become a money pit capable of taxing even the best-paid banker’s financial resources.  The two biggest financial risks are that someone involved gets carried away with the interior décor, or the heritage preservation authorities start taking an interest, and it’s entirely possible to be afflicted by both, simultaneously and in waves.  Luckily for Mr Godfrey, he seems to have had a lot of assistance from his partner and to have avoided being forced into too many absurdly expensive historically authentic touches.  It must have helped that his partner, Barbara van Teeffelen is also a banker, having spent a career in high yield credit and securitization sales.  According to the reviews, they renovated the place “single-handedly”, although it’s likely that they got at least a few tradespeople in to handle the plastering and such.

Although it’s being profiled in society magazine Tatler and in the FT’s How To Spend It, Keythorpe Hall isn’t the kind of sumptuous lifestyle statement that suddenly looks awkward when your bank has declared a billion dollar loss.  Now that the restoration is complete (and the walled kitchen garden has been tamed), it’s being made to work as a business.  There are seven bedrooms (plus another three in an annexe), and you can hire it out for a mere £14k ($19k) a night.  It might be considered a bit spendy even for a group of junior bankers who fancy a change from the Cotswolds.  Like many of the stately homes available for rent, it’s likely aimed at guests who are either too rich to care, or spending someone else’s money.

But for your nearly nineteen thousand dollars, you do seem to get quite a lot thrown in when you compare it to cheaper local options on AirBnB. The price is inclusive of all meals and drinks, plus the staff.  And the staff include a Michelin chef, a former “master forager for the Italian Army” to pick your fresh produce, and a personal sommelier and cocktail maker.  It’s noticeable that all over LinkedIn there are loads of bankers and former Barclays MDs all (perhaps somewhat optimistically) suggesting that it would be a great place to hold a management offsite.  And it almost certainly would.

Elsewhere, having raised salaries last year, Credit Suisse is still looking for ways to retain its junior bankers.  It’s now shortening the analyst program from three years to two (bringing it into line with big U.S. banks), effectively giving the class of 2019 an extra promotion in January.  That’s potentially quite a material raise; according to Dartmouth Partners, for the year just completed, the industry average compensation for second year Analysts was £114k ($150k) while first year Associates made an average of £162k ($215k).

So some Credit Suisse juniors will be happy – they’ll be upgrading their comp expectations substantially, and if 2022 is as good a year as 2021, they will be looking at the equivalent of nearly a fortnight in Keythorpe Hall.  But the trouble with this sort of thing is that you end up creating a “pig-in-the-python” effect.  Unless CS is planning to create twice as many Vice President jobs in a few years’ time, some of the current year’s Associates are going to have slower progression than they might have anticipated and some might not end up getting VP roles at all.  And a large cohort means that bonuses for the Associate ranks are likely to be either reduced overall, or (more likely) significantly more differentiated with respect to individual performance.  So although there’s cause for celebration among the juniors at CS, there might be some reason for trepidation as well.

There’s hardly anyone in equity research who isn’t either quitting their job to start a Substack or spending evenings working on a spreadsheet to see if they could make it work.  Now there’s going to be an alternative platform – Excerp, founded by three former Goldman bankers, has raised $5m from friends and family (including Edward Eisler) intends to “help written content creators monetize their audience”. (Bloomberg)

If you were dreading the December season of semi-obligatory social events and client drinks, the Omicron variant has arrived just in time.  HSBC is the latest bank to advise staff to “be cautious” with respect to events over the festive season; it’s also requiring masks in its UK offices. (Financial News)

Slightly mysteriously, Morgan Stanley has placed its head of US equities syndicate “on leave”.  They are “looking into the actions” of Pawan Passi, but there is “no further information available”, according to “people who are [apparently not very] familiar with the matter”. (Bloomberg)

The Streets of San Francisco was a pretty good 1970s TV cop show; now it’s also apparently a reason why some bankers are reluctant to go to the 40th Annual JP Morgan Healthcare Conference.  People are apparently “pleading with their bosses” not to be sent there out of fear of elevated levels of crime.  (New York Post)

Andrea Orcel’s team have identified 3,000 more job cuts to make in the new business plan, as they take out duplication and slim down international offices in New York and Tokyo. (Bloomberg)

It required him to go back to his old combative self, but Dan Loeb has won a shareholder vote against Asset Value Investors, the activist firm which hoped to give him a taste of his own medicine at Third Point’s London listed fund. (FT)