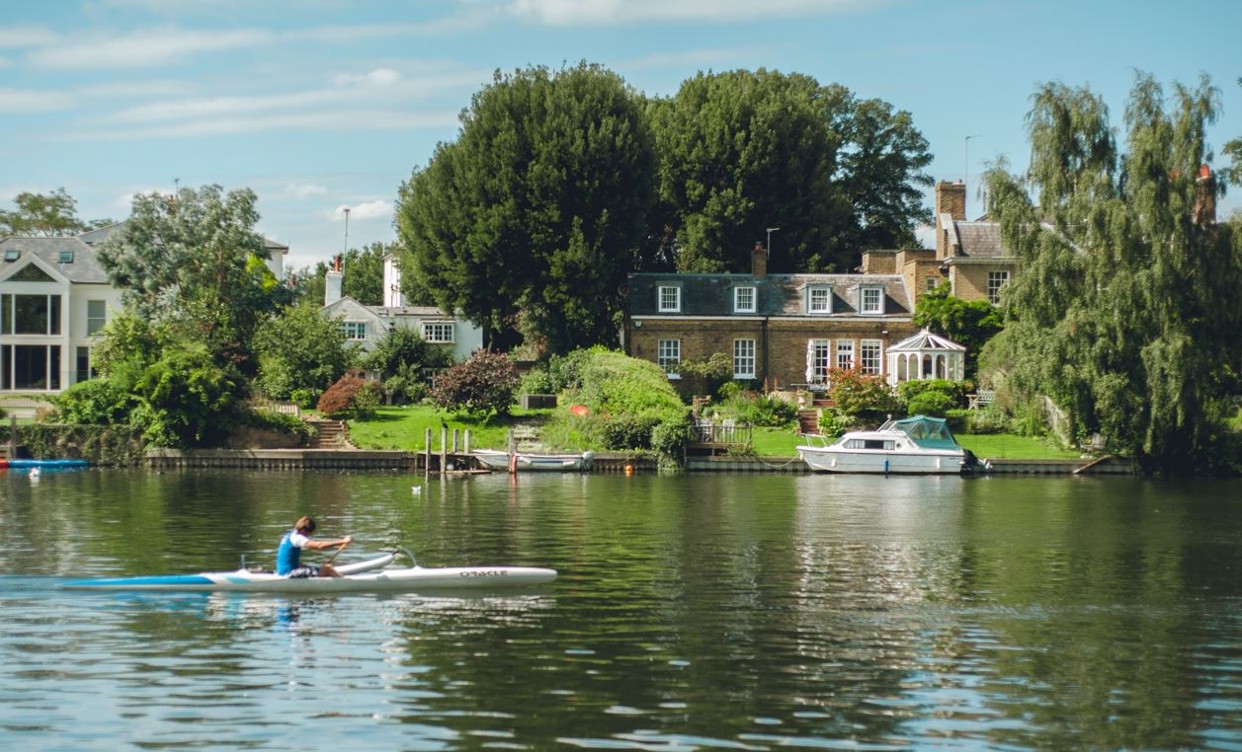 Nearly 10 years ago, we wrote an article that was very popular at the time, titled 'Twenty Money Saving Tips from Bankers and Their Wives.' It included observations such as 'stop skiing', 'carry less cash,' 'cook your own food,' 'start ironing' and 'get a Prius.' A decade on, it seems that advice still applies.

This time, though, the hot tips are coming from a single wife, and she's married to a quantitative hedge fund manager who previously worked for Goldman Sachs as VP in quant trading.

38-year-old Jessica Keplinger imparted her observations to the Sunday Times. The Keplingers live in a four-bedroom house in Kingston on Thames in South West London and have latterly been thinking of a £100k kitchen renovation and extension. They have one child and aren't sure they can afford a second. Jessica works as an interior designer and is retraining to be a health coach. Her husband, Werner, is a partner at hedge fund Alcova Asset Management.

"It is increasingly important that we prioritise what is really important,” Jessica told the Times of the cost of living squeeze. She added that she sometimes looks at her bank balance and thinks, "crikey, that’s a lot of money to be spending on frivolous things.”

What sorts of frivolous things? An ironing service seems to have been used, because Jessica is now planning to do the ironing herself. There have been takeaways from Hakkasan, the Michelin starred restaurant that has long been a favourite of finance types. There's an organic veg box, an Audi A3 used almost entirely for the school run, and a putative nanny for a child already at a fee-paying school.

While it's all very trad wife, it's also an illuminating snapshot into the lifestyle of a contemporary buy-side family faced with 10% inflation. In an effort to avoid the squeeze, Jessica says they'll be ditching the veg box and using Ocado, swapping the A3 for a Tesla, possibly getting an au pair instead of a nanny, steering clear of the Hakkasan Deliveroos, and that she'll be doing the ironing from now on.

The revelations have been met with incredulity. "Is this a parody?" asks someone in the comments below the article. "Can we organise a crowdfunder for Jessica? I know times are hard, but nobody should feel compelled to downgrade their shopping to Ocado," asks another.

This is likely to be the last time that Jessica Keplinger talks to a journalist, which is a shame as she evidently meant well. While no one is going to be that sympathetic, in the context of fellow hedge fund types living in Richmond, the Keplingers may genuinely feel themselves to be a bit pinched: accounts for Alcova Asset Management, filed for last year, show eight members of admin staff sharing £1m in pay and two partners seemingly sharing nothing at all after the fund made a £654k loss in 2021 following a £2.5m profit the previous year.

Separately, one hedge fund manager who does have abundant money to spend on Hakkasan takeouts is Steve Cohen, head of Point72, who has a net worth of over $10bn.

Despite being so inordinately rich, Cohen is seemingly not eating Wagyu beef with noodles for every meal. Or if he is, he doesn't mention it. Cohen’s chief-of-staff, Michael Sullivan tells the Wall Street Journal that Steve works seven days a week. Earlier this year, Cohen said he has three jobs: "I run my firm, I run the Mets and I trade a portfolio at my firm.”

Cohen's not the only one with multiple jobs at Point72. The WSJ says it's become the norm for Point72's technology and data professionals to lend their expertise to the New York Mets, the baseball team Cohen bought around 18 months ago. Point72's CTO Mark Brubaker, its head of tax Steve Canna, its head of human resources and its heads of data solutions and engineering are either featured on the Mets website or have been seconded for particular projects.

This naturally leads to the question, 'What has data and technology got to do with baseball?' The answer seems to be, 'More than you might think.' The new data systems are reportedly being used to help make decisions on player acquisition, among other things.

There are upsides for Point72 too: hires to the hedge fund get to work for the Mets, and to gain plaudits from exposure to the exciting world of sports. Some Point72 investors aren't so sure it's a good idea, though: the fund's performance has lagged its rivals and the WSJ came across some investors who think the distraction of the Mets is to blame.

Goldman Sachs will no longer be working with the SPACs it took public and is pausing new SPAC issuance. It might possibly continue to advise some SPACs in rare and strategic cases. The change of heart has been brought about by proposed SEC SPAC legislation which will expose SPAC underwriters to greater liability risk. Citi already paused new SPAC IPOs last month. (Bloomberg)

Singapore wants companies there to hire more locals but says there may be opportunities for foreigners in “outward-oriented industries” such as Information & Communications and Financial Services. (Bloomberg)

Another hedge fund moved to Florida: Aurelius Capital Management is now located in Palm Beach Gardens instead of Manhattan. (Bloomberg)

Apple's director of machine learning is leaving because of the return to the office. “I believe strongly that more flexibility would have been the best policy for my team.” (Twitter)

Photo by Harry Grout on Unsplash