How to get a job in banking: Treat your CV like a Tinder profile 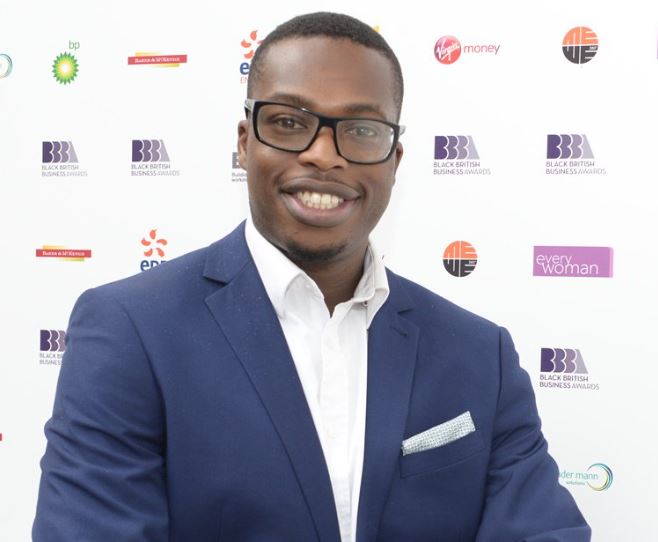 Andrew Osayemi has travelled far and seen a lot. After a childhood in Peckham, South East London, he moved to Manhattan as an FX trader with RBS. As a 27-year-old, he quit finance to work in TV (and became the executive producer and co-creator of the Netflix series Meet the Adebanjos). And now as a man approaching his 40s, with a new baby at home, Osayemi is back in banking. Except this time, he's not on the trading floor: he's in recruitment. Last month, he became EMEA head of campus infrastructure & technology recruiting at Morgan Stanley in London.

Osayemi joined RBS in 2005, before the financial crisis - back when expat packages were still a thing. As a trader in his early 20s in New York, he got his accommodation paid for, free business class flights when he came home, a salary, a bonus and an expat stipend. Junior traders transferring to New York now are unlikely to be treated as generously and in any case, after five years as a trader, Osayemi was fired following the financial crisis. But he says banking careers are still worthwhile: "Banking is a risky endeavor, but a great stepping stone," he says. They give you confidence: "It was starting my career in banking that allowed me to do something completely different."

Getting into banking isn't easy: the big US banks only accept anything from 0.8% to 1.7% of student applicants. But Osayemi isn't here to discourage anyone. Even before he joined Morgan Stanley's campus recruiting team, he devoted years persuading students from backgrounds similar to his own to apply and coached them through banks' recruitment process and timeline.

If you're a student applying for a job in a bank, these are Osayemi's top tips.

Work out which division(s) you want to work for

The eFinancialCareers banking careers guide is intended for this purpose, but Osayemi says students should be Googling banking jobs too. Don't just apply for the most prestigious sectors like sales and trading, M&A or asset management by default: apply for divisions that suit your skills and personality. Banks have jobs in other areas too, like operations, risk, HR, technology or compliance, for example.

Osayemi says you probably don't want to apply to multiple different divisions. "The people I see who do really well are people who really specialize in one or two business areas, and they focus on applying for those business areas across 30 different firms."

Getting a job in banking is a numbers game, says Osayemi. It's no good having five banks you really want to work for and only applying to those. "If you want to go into financial services or banking, there are probably going to be about 30 firms you should apply to," he says. "Have your spreadsheet and do some research on each firm."

You will get a lot of rejections, but this is part of the game. Maybe five banks will get back to you. Maybe one bank will offer you a place.

Work out which banks hire on a rolling basis

Different banks have different application deadlines.  Osayemi says you need to work out which banks hire on a rolling basis and fill gaps as they go. Apply to those within the first two weeks that applications open.

You really need to attend some in-person careers events. Osayemi says they're an invaluable opportunity to stand out: if you can make an impression at a careers event, you will often be taken under the wing of a banker or recruiter who will look out for you (this happened to Morgan Stanley MD Jeanette Gamble, for example).

Events are all about demonstrating how passionate you are, says Osayemi, who says he's seen people with poor CVs get jobs on the back of the contacts they've made at events. "You need to attend events not just to gain knowledge but to make an impression so that someone there wants to meet with you and help with your career."

When you're at an event this means that you need to focus on depth over breadth. It's quality over quantity, says Osayemi: bond with one person instead of chatting to many. And after you leave, send a follow-up email along the lines of, "Hi, my name is Andrew. I spoke to you abut XYZ and I'm really passionate about getting into the firm."

When you're putting a CV/resume together for a banking job, you need to sell yourself. "Think about your CV like a Tinder profile for online dating," says Osayemi. "What is really going to make it stand out so that people pick it up?"

What makes it stand out might be interesting extracurricular activities (he suggests an eyelash technician or DJ) or it might be work experience that shows how special you are. Work experience doesn't have to be at a prestigious place, it can be at McDonalds, but it needs to show that you're better than the rest. The ideal banking CV of someone applying after working for McDonalds would say you worked there for 12 months and were named employee of the month for nine of those, that you served 50% more people than the average employee, and that you got a promotion.

Remember, banks want to know your impact. And they want you to back this up with numbers. They want to know that you excelled. They don't want to see a load of stuff on your CV that's average.

Prepare for the Hirevue interviews, but don't over-rehearse

Most banks these days use Hirevue digital interviews, where they'll ask you questions about things like dealing with difficult situations or working in a challenging team. Osayemi says it's good to prepare answers, but not to script them out. You don't want to sound too rehearsed; nor do you want a small mistake to break your flow.

Trying using the rule of three, he suggests (ie. split answers to Hirevue questions into three different elements) and practice varying your vocal range. "It’s very cringe, but practice your voice going up and down and fast and slow. It brings different types of emotions into a video interview."

He says it's also worth investing in a proper webcam and some decent lighting; it won't cost much and will make you look far more professional. Make sure your room doesn't contain mess in the background.

If you land a banking internship, be yourself

In a separate YouTube video posted last week, Osayemi offered some advice to banks' current summer interns: don't be afraid to show some personality. When he started as an intern, he said he was super polite until his line manager pulled him aside and said he wouldn't last on the desk if he didn't talk and show who he really was. "I started to tell people about the fact that I'm a DJ, I like to play poker, I like to travel, I like to go to clubs and to raves and parties. And through that experience, people got to be more invested in me."

You need to be who you are.

Put yourself out there

Most of all, Osayemi says you need to put yourself out there and to promote yourself. "Don’t be afraid to put yourself int uncomfortable positions. That’s where the real magic happens," he says. ""We all have one life to live, you have to make the most of it."