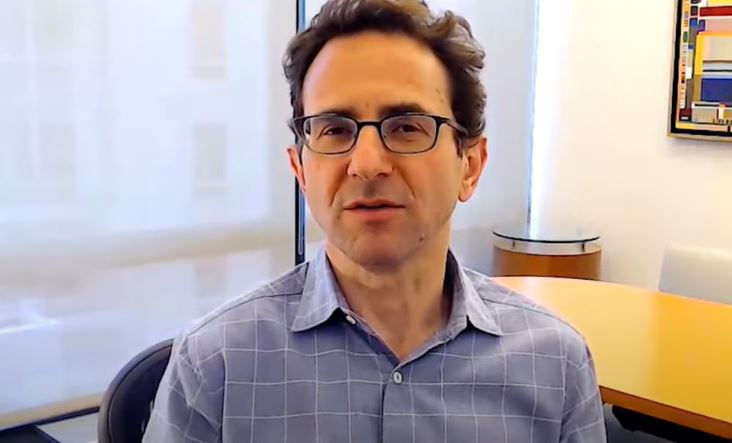 If you're looking for the best jobs in financial technology, you might not want to go and work for a fintech. Not only are fintechs struggling to raise funding and firing people in the current financial environment, banks are like giant exciting fintechs right now anyway.

So said two of JPMorgan's top technologists in a YouTube video released quietly at the start of August. While the JPM technologists aren't exactly impartial and the video is a slick affair with twinkly music, the two might have point and are well-placed to judge given that both were poached from ostensibly more exciting technology roles and are now clearly keen to avow just how exciting their JPMorgan jobs are.

The two speakers are Eisar Lipkovitz and Mike Blandina. Lipkovitz is the man JPMorgan hired from ride-sharing app Lyt to help revolutionize technology in its investment bank when former CIB technology head Mike Grimaldi joined hedge fund Balyasny as CIO. Before Lyft, Lipkovitz worked for Google on the technology behind videos, display, advertising and analytics. He could probably have chosen any tech job; he chose JPMorgan. Blandina runs global payments technology for JPM and is also a big bank neophyte, having previously worked for Bakkt, a technology platform for digital asset payments, PayPal, Google and various other non-tradfi places.

In between the twinkles, both men say JPMorgan is great. JPMorgan offers all the challenges of Google, PayPal and Bakkt "at scale" on a "massive platform" and with a technology budget of $12bn a year, says Blandina. It's like working for every fintech combined, plus there's not the feeling that you're working "hand-to-mouth" on a budget from a venture capital firm.  And while you might not be working on entirely greenfield technology, the engineering challenge of 'replacing the wings on an airplane' mid-flight is a buzz in itself. Whereas fintechs have a "couple of thousand customers", JPMorgan already has 50 million customers.

Lipkovitz is equally enthused. At JPMorgan, he says, "you get to work in kind of the inner guts of how the financial system works versus kind of scratching the surface and focusing only on the user experience," he says. Sixteen months on, Lipkovitz says he's "very, very happy" to have joined the bank, where he's working with the "newest technologies, the newest languages, the newest hardware," to "completely remodel, upgrade and modernize platforms."

At JPM, Lipkovitz says there are cloud native platforms, there's microservice architecture, there's even an in-house blockchain. Features are shipped every two weeks using agile methodologies, and there are so many different opportunities that Lipkovitz says he's encountered people on his team who've worked there for an "unbelievable" 35 years.

The implication is that those people would have moved to fintechs if they didn't like their jobs at JPM. Maybe, though, they'd already been at a big bank for too long? While JPMorgan's engineering function clearly has a lot in its favor, the real test of its appeal might be whether Blandina is still there in two years' time. In the past 11 years, he's had seven different employers and hasn't stayed anywhere much longer than three years. He's already been at JPM for two years and three months...

Click here to create a profile on eFinancialCareers. Make yourself visible to fintechs and to banks that are so similar to fintechs that you wouldn't know the difference.