Trader who left for fintech: banking wasn't the worth the money 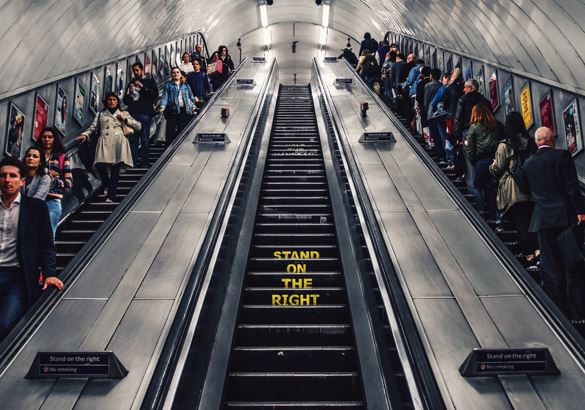 Stuart Sopp once worked in banking. He was an FX trader at Deutsche Bank, Citi and Morgan Stanley before leaving for fintech and founding Current, a money management fintech startup. If you're thinking of getting out of banking and into a fintech firm, Sopp offers  somber advice. However much the fun has gone from your finance job, your value elsewhere may not be quite as high as you think. Plan accordingly.

Life as an FX trader

Sopp spent his entire career as a foreign exchange trader guided by one basic philosophy: follow the money – both literally and figuratively. He worked on four different continents over 15 years, culminating in his job at Morgan Stanley in New York.

“I had friends who were working at these things called hedge funds,” said Sopp, remembering back to 1999 when he graduated with a master’s degree in aeronautical engineering and knew little about finance. “They were making a bunch of money and I didn’t think they were all that smart, so I decided to look into it.”

He cut his teeth as an FX trader in London at BNY Mellon. After six years, Sopp moved to Sydney to take a job at Deutsche Bank. In early 2008, on the eve of the financial crisis, he was named the head of FX trading at Citi. “I was at the biggest bank in the world that was trading the most liquid assets right when the crisis hit,” he said. After being forced to fire three-quarters of his staff over the course of just one year, Sopp quit to take the same role at Morgan Stanley. That’s when he started to see that the writing on the wall was in indelible ink.

The sluggish economy and stricter regulations resulted in a shallowing of the talent pool. “The resumes still had Ivy League names on them, but the very best people no longer wanted to work in banking,” he said. That didn’t end up mattering much for his group once automated trading became more than just a trend.

“In a declining industry, the pot shrinks and everything becomes more political,” Sopp said. The job just stopped being fun. “People weren’t being paid enough to compensate for their level of unhappiness,” he said bluntly. Sopp walked away from Morgan Stanley in 2014.

A year later, he founded Current, maker of an app and debit card that allows parents to have control and visibility over their teen’s spending. He says he enjoys fintech because it reminds him of what the securities business was pre-crisis. “You are surrounded by intelligent, diverse young people who are as aligned with winning” he said. “The exact reason why I fell in love with banking when I first started.”

Sopp is the first to acknowledge that former and current traders who are looking for exit opportunities can find themselves in a difficult position. “Sales and trading is such a niche skillset,” he said. “When you have been doing nothing but trading numbers your whole life, convincing someone you can do something else is hard.”

But Sopp also suggested that many former sell-side traders need to realign their expectations and maybe even their attitude. “There are people out there who think they can just raise $50 million and start a hedge fund,” he said. “Their leverage is much lower than they think. Their individual skills are at an order of magnitude that is higher in their mind than in the actual market.”

Sopp admits that he was fortunate to start in fintech when the industry was still new and his mistakes were cheaper. The experience was humbling, but he was eventually able to connect with the right tech talent, poaching a former colleague from Morgan Stanley. He compared being an older person coming out of banking to graduating from college and finding yourself on the bottom rung once again. This can initially be hard for traders – people who essentially act as their own mini CEO, Sopp said.

But there are “narrow windows” for ex-traders in fintech and cryptocurrency in particular; companies need people who understand how money works and where risk-taking is appropriate. They just need to “check their ego” at the door, he stressed. “You’ll be working with young men and women who compliment your skills,” Sopp said. “Their tech knowledge is just as valuable as your experience. You need to be humble.”

Bear with us if you leave a comment at the bottom of this article: all our comments are moderated by actual human beings. Sometimes these humans might be asleep, or away from their desks, so it may take a while for your comment to appear. Eventually it will – unless it’s offensive or libelous (in which case it won’t).

Photo by Tom Parsons on Unsplash