Morning Coffee: Inappropriate book seen on banker's shelf during Zoom meeting. Consultant declares it has a surfeit of staff 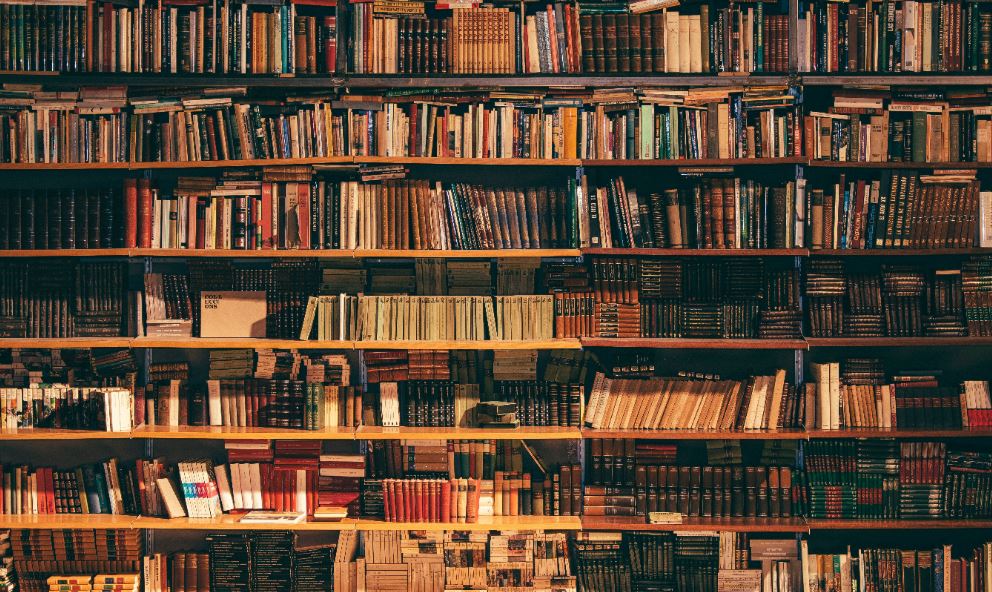 It's a central tenet of the new Zoom reality that before people are given a window into your life and the opportunity to appraise your reading habits, you should check what's on your bookshelves.

Christine Lagarde, president of the European Central Bank, does not seem to have received this message. When Lagarde spoke at an online summit last week a book titled 'The Atlas of Creation' was prominently on display behind her.

It did not go unnoticed. Written by Turkish evangelist Harun Yahya under the name of Adnan Oktar (seen here wearing a white suit with unnaturally tight trousers), the 786 page book is devoted to promulgating a creationist history of life on earth that refutes evolution and says its inhabitants arrived fully formed by God. Oktar was also jailed for three years in 2018 for creating an illegal organization for personal gain. In his trial, former members claimed his group was a sex cult that practised brainwashing.

So, what was Oktar's oeuvre doing on Largarde's shelf during an online summit about the coronavirus pandemic?  The ECB declined to comment when Bloomberg asked, but it's understood that Lagarde has never actually read the Atlas of Creation. Its presence on her shelf is seemingly explained by the fact that Oktar mailed thousands of copies to leading public figures and that Lagarde, for some reason, put it on her shelf and never moved it again (possibly because it's too heavy - the book weighs the same as a three year old child).

This isn't the first time the contents of bookshelves have been scrutinised for inappropriate materials after being displayed on video calls. If you want to play it safe, we suggest you avoid Grisham and take an approach similar to Francesco Meucci in media relations at Citi. As we've noted before, Meucci's bookshelves are notable for their tidy simplicity and for a few weighty tomes on drama and sociology that suggest a lively interest in things beyond finance but do not stray into the bizarrely inappropriate.

Separately, it's never a great look to find you have “an overcapacity of people relative to demand” when you check your staffing levels. Sadly, this is what Accenture seems to have discovered when it took a look at itself, and so it's now cutting 900 people or up to 8% of its UK workforce.

Accenture's excess capacity appears to have predated the coronavirus pandemic, but the Guardian reports that it's been compounded by virus-induced, 'lower demand and reduced national attrition.' The latter in particular will be familiar to investment banks. Accenture's layoffs, which will affect everyone including its MDs, will run between July and September. Banks are expected engage in something similar later in the year.

”If you don’t have that face time with your bosses and your managers, you aren’t going to have that repartee with them...Women generally haven’t been as confident to have their voices heard even when they are physically sitting together with colleagues. I hear that all the time from women, and that is just compounded when they are on a Zoom call.” (Bloomberg)

Don't save your vacation time for a moment that never comes. (WSJ)

Bankers returning from the Hamptons are finding a changed Wall Street with none of their favorite foods. (Bloomberg)

Bank of America is returning people to the office after September 7 (Labor Day). (Bloomberg)

Thomas Gottstein is considering centralizing risk management processes at Credit Suisse because they are too fragmented. (Yahoo)

Faculty members at London Business School are thought to have taken a 19% pay cut. (Economist)

BNP Paribas denies recklessness as it adds loans to its balance sheet. “Some have suggested this is just a sign of BNP Paribas acting recklessly, using the balance sheet and a big, open cheque book...I can assure you that all of these loans that we’ve underwritten have been successfully distributed . . . there is nothing random about what we have done.” (Financial Times)

U.K. City minister John Glen said he was “surprised” by the amount of paperwork provided by European Brexit negotiators. The UK has only submitted one and a half pages of questions, but the EU has sent over 1,000 questionnaires, including 248 in late May. (Financial News)

Photo by Alfons Morales on Unsplash