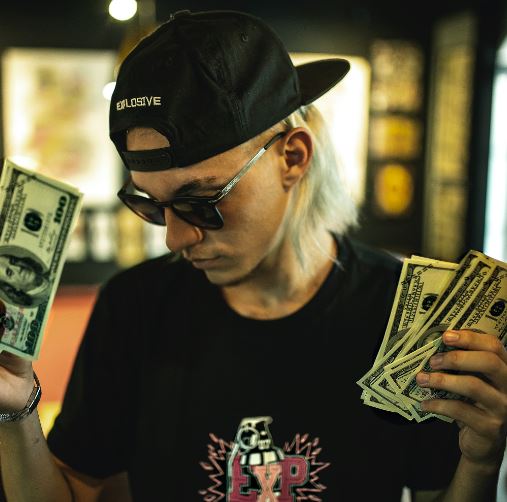 The first day of a new quarter is the traditional time for asking your colleagues and competitors how they think they did.  Not just for bragging rights, but it’s useful information to benchmark your bonus expectations and think about whether you might be able to move to a more profitable trading desk.  Early indications appear to be that JP Morgan’s flow volatility team are still standing proud, according to “sources” speaking to Business Insider.

The numbers are not easy to be sure of, as JPM doesn’t break out the volatility products in its official disclosures, but the BI “source” is talking about $1.3bn of equity derivatives revenue for Q2 20, which would be a strong follow through from Q1, when even more ideal conditions delivered $1.5bn, and would represent a run rate still roughly double that of a normal year.  Within that, the sources are talking about the global flow volatility traders having generated roughly half the equity derivatives revenue, and three times their performance in the whole of 2019.

Numbers like these have to be taken with a pinch of salt; people don’t always see the full picture, and the allocation of revenues between cash, derivatives, volatility and hedging trades is always a matter of art (and office politics) as much as science.  But the general shape of things is usually pretty easy to make out, and it’s unlikely that the JPM people would be saying things like “there isn’t a runner up within $100m” to Business Insider if they thought they could be contradicted.

Where did these profits come from? Derivatives trading is often close to a zero sum game, and the biggest story of Q1 was the wipeout at SocGen and (to an only slightly lesser extent) BNP Paribas.  JPMorgan's traders have done well out of elevated volatility and huge trading volumes, but French banks have not.  SocGen and BNP enjoy their global leadership in equity derivatives in normal years because of their franchise in structured products and these are mainly sold to protect clients from volatility.  They’re writing the financial equivalent of hurricane insurance, so stormy conditions hurt them as much as they help flow-oriented desks.

If JPMorgan's equity derivative traders have had an excellent Q2, does this imply that the French banks have has a correspondingly challenging three months? Not necessarily. It’s unlikely that Q2 will have been as bad for the French banks as Q1.  The real damage last quarter was done when companies started suddenly cancelling dividends.  And risk management has stepped in, reducing capital allocations.  But SocGen has announced early last month that it would be looking at further cost cuts, suggesting that things were far from back to normal.  The JP Morgan traders might be well advised to avoid celebrating excessively, particularly in their Paris office now the bars are reopening.  You never know who’s listening, and not everyone in the derivatives industry is in such a good mood.

The Vereker move is the particularly interesting one here, as previously to JP Morgan he had been at UBS for nearly seven years, having been hired personally by Andrea Orcel. We’d regard it as entirely within the bounds of permissible speculation (albeit without any proof that it happened) that either or both of Santander’s high profile new hires might have put in a call to its most famous nearly-employee to ask how friendly the “Promontorio” WhatsApp group really was.

This in turn raises the intriguing possibility that feelings aren’t as raw as they were a year ago.  Last week a court date was set for September in Madrid, so both sides must be aware that the clock is ticking if they want to settle a case that has already thrown up absurd amounts of bad publicity and has the potential for much more. It’s potentially in the interests of both Mr Orcel and Ana Botín to be speaking kindly of each other to friends and colleagues.

Last year, the expats were thinking of returning home from Hong Kong as they were worried about the security situation.  Now, it seems that recruiters and estate agents are seeing an increasing flow of inquiries from native Hong Kongers, looking to move out of the city in response to the latest national security law (Financial News)

Paulson & Co will be closing to outside investors and turning itself into a family office, giving rival hedge funds the opportunity to do the joke about “getting redemption requests from your grandma” (FT)

It seems like only a few weeks ago that professional services firms appeared to be in serious trouble.  Not Freshfields – possibly as a result of the boom in debt and equity issuance, they apparently have enough spare cash to open up a new office in Silicon Valley (Financial News)

A wealth management firm with a big and combative Twitter following decided to take advantage of the Paycheck Protection Program loans program.  What happened next will not amaze you (Institutional Investor)

Head of Communications at Credit Suisse is not the easiest of jobs – there have been five incumbents in the last six years.  Good luck to Christine Graeff, who will also be deputy head of human resources if the main job gets boring. (Finews)

“I would like to see Asia making up 20-30% of our income over time” is the sort of statement that has a track record for foreign banks.  Can Jefferies succeed where so many others have failed?  (Euromoney)

Photo by Anjo Clacino on Unsplash