Morning Coffee: The importance of the man HSBC no longer seems to be moving to Asia. European banks' complicated bonus balancing act

by Sarah Butcher 6 days ago 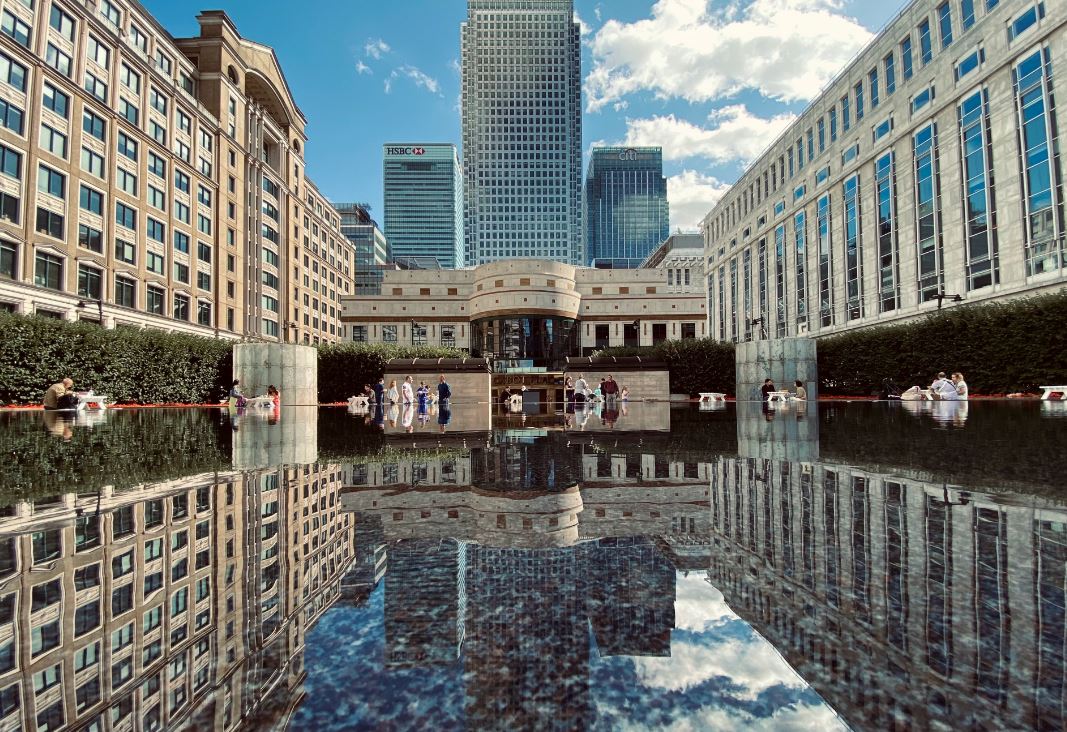 Tomorrow is the day at HSBC. One year on from the revelation that it would cut 35,000 job cuts globally, HSBC is due to announce its fourth quarter 2020 results along with its new strategic plan. There are indications already of what this plan might contain.

Both Bloomberg and the Financial Times say HSBC's results tomorrow will be all about the "pivot to Asia." Senior HSBC people will be relocating to Hong Kong from London's Canary Wharf, the consumer banking business in the U.S. will be closed down, and plans to grow in Singapore and India will be aired. In truth, HSBC was already pivoting to Asia, but it will now be leaning even more heavily on the continent.

A crucial part of the pivot is the transfer of staff. Bloomberg says three people running businesses accounting for 95% of HSBC's net revenues will soon be moving from London to Hong Kong: Nuno Matos, chief executive of wealth and personal banking; Greg Guyett, co-head of global banking and markets, and Barry O’Byrne, chief executive of global commercial banking. This sounds pretty dramatic, except for the name that's missing.

What happened to Georges Elhedery, co-head of the investment bank with Greg Guyett? Elhedery runs HSBC's sales and trading business, while Guyett runs corporate finance and investment banking. When HSBC's senior staff were first said to be moving to Asia two weeks ago, Elhedery was also on the emigration list. Something seems to have changed.

What? It might just be that Elhedery's name was accidentally omitted or that he'll be following along later. However, it's also conceivable that Elhedery - who has run HSBC's global markets business since 2019 - will be staying in London after all because HSBC's pivot to Asia in markets won't be as extreme as initially thought.

At first sight, shunting global markets east makes absolute sense. In the third quarter of 2020, HSBC's global banking and markets business (investment banking and sales and trading combined) made net operating income of $1.7bn and profits of $857m in Asia. In the same period, net operating income at the business in Europe was just $1.2bn, on which HSBC made a loss of $139m.  The bank doesn't split out how many people it employs on each continent, but given that it spent $315m paying global banking and markets staff in Asia and $511m paying staff in Europe in Q3, the Europeans seem either over-populous or overpaid, or both.

The apparent pay discrepancy between the two continents explains why HSBC announced last year that it would be transplanting entire functions, like "structured product capabilities" to Asia, where talent is presumably cheaper. However, there may be limits to the possibilities here. -  After a year of cost-cutting in the global markets business, HSBC may have hit a wall. It still needs a critical mass of salespeople and traders in London and New York and moving the head of the business to the Asian timezone could be a mistake. The hope will be that some things can't be run out of Hong Kong after all, unless of course Elhedery's name is suddenly back on the list tomorrow.

Separately, it's not just Deutsche Bank that's engaged in bonus contortions. Other European banks will be going through similar agonies. Deutsche Bank seems to have decided to pay some people and to hell with the rest. - Last week's revelation that the European Central Bank (ECB) had intervened to downgrade Deutsche Bank's bonus pool from over €2bn to €1.5bn was followed by suggestions that the German bank will still be hiking traders' bonuses by around 10% on last year - it's the people in areas like Deutsche's transaction bank that will suffer. Traders at banks like BNP Paribas will be watching with interest.

Bonus allocations are always a balancing act, but this year they're even more of an issue than most. As Paul Sorbera, president of Wall Street executive-search firm Alliance Consulting, told Bloomberg: “Instead of banks compensating their employees well, the banks have sought to pay people just enough so they won’t leave.” This is especially the case at the Europeans.

“Significant bonuses will be frowned upon,” said a senior British regulator. “It is always a nightmare when you have an investment bank — can you pay bonuses when the economy is doing badly?” (Financial Times)

Credit Suisse is doubling its headcount in China and wants full control of its Chinese joint venture. (Bloomberg)

“A few things I am not....I am not a cat." GameStop shares rose from $44 to $48 while Keith Gill was speaking before the House Financial Services Committee but later slid back to $41. (USA Today)

Ken Griffin: “If I had to run my business to the possibility of an insane conspiracy theory emerging at any point in time...I would have no business.” (NY Post)

"I have the most fun writing Rust these days. It has a steep learning curve and is not appropriate for many problems; but for the stuff I'm working on now it's perfect. It's a much better C++. I'm convinced that I will never start a new C++ project. Rust is beautiful in its ability to express low-level machinery with such simplicity." (Evrone)

If you choose a smaller number of jobs that you’re highly qualified for and tailor your materials to their specific needs, you’re going to be much more enticing to employers—and your odds of being asked to interview will go up. (Vice)

Columbia University professor: "Like vacation, sex and the arts, heroin is one of the tools that I use to maintain my work-life balance.” (NY Post)

Fashion designer Tom Ford says he's less productive than he expected during the lockdown. "I go to bed. Maybe I drink some coffee and lie in the bathtub and probably watch way too much CNN and MSNBC and just make myself even more agitated. I try to get some sleep, which I never get. I just lie in bed and stare at the ceiling." (NY Times)

Photo by Lubo Minar on Unsplash