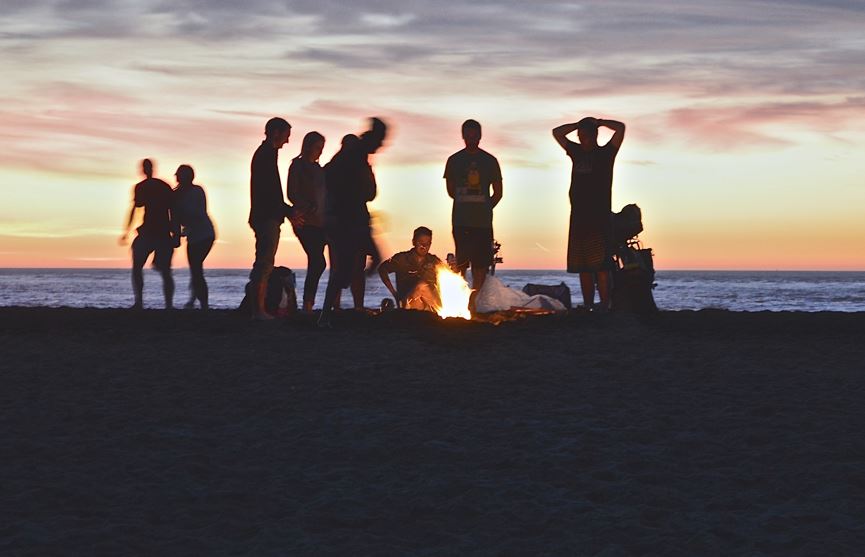 While junior bankers at Goldman Sachs wait for what will hopefully be some very large payments in the August analyst bonus round, Goldman's senior bankers have been taking time out from their ample pipelines to get together beneath a full moon.

Goldman CEO David Solomon posted several photos of what he described as a "chance to connect with colleagues outside of the office" and an opportunity to "enjoy the beautiful weather with our incredible Investment Banking team,' to his Instagram account.

Shown below, one shows Goldman bankers sitting around a fire on a beach lit with candles as if for a wedding/initiation ceremony. Another, which no longer seems to be available showed ~20 bankers sitting around a table with a small amount of social distancing enforced.  It's not clear where the bankers were exactly, but given Solomon's enthusiasm for the Bahamas, that seems like a reasonable bet.

The beach meeting also follows a March complaint from 13 Goldman juniors who said they were overworked and suffering from insufficient sleep. One said he was working 110-120 hours a week and only had four hours a day for "eating sleeping, showering, bathroom and general transition time." Goldman responded by tightening protections for time off on the weekends, committing to hire more juniors, and saying it would avoid taking on too many deals.

While rival banks have increased junior salaries (Morgan Stanley excepted), Goldman has resisted raising fixed pay. Increasing salaries means you could, "simply end up with mercenaries," one Goldman insider told the Financial Times earlier this month. The firm has instead intimated that it will do the right thing by its analysts at bonus time.

In the circumstances, convening senior bankers somewhere like the Bahamas might seem unnecessarily lavish. - But then Goldman's bankers have had an exceptional year, and by all accounts managing directors across the industry have been working almost as hard as junior staff. Even heads of businesses need perks.

Photo by Kimson Doan on Unsplash