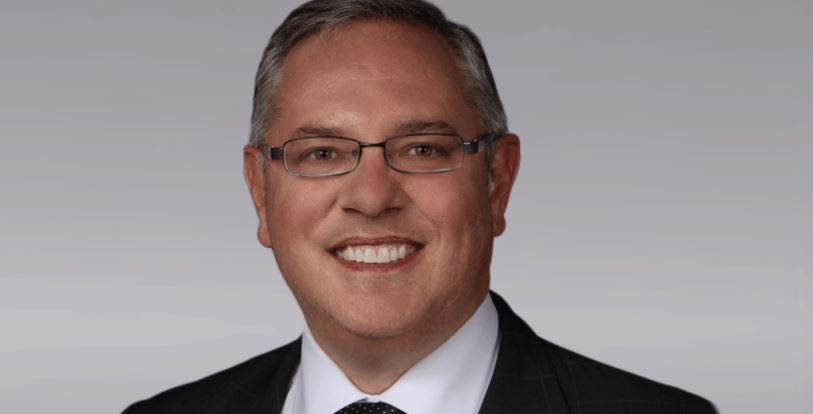 Christian Meissner made his name by dealing with a talent exodus at Bank of America in 2010, which may be one of the reasons that Credit Suisse promoted him to head of its investment bank six months ago.  And it looks like he might be starting to stem the flood at CS too.  Although the situation is still volatile – according to the WSJ, a number of senior MDs and sector co-heads have left in the last two weeks – it appears that Niron Stabinsky, “Mr SPACs” will be staying.

In any battle plan to defend this investment banking franchise, this would have been likely to have been one of the crucial lines in the sand.  The SPAC operation is one of the crown jewels of Credit Suisse, having apparently generated $500m in fees so far this year. If CS had proved unable to hold onto the head of team, then as well as seriously impairing the revenue line, it would have sent out a signal that nothing was off limits; the brand damage with both clients and employees would have been severe.

It looks like the line has held.  The WSJ suggests that Jefferies (who have already taken nearly the whole Financial Institutions Group) were only one of several potential suitors, but “people familiar with the matter” say that Stabinsky is staying, and that an attempt on the part of Wells Fargo to raid the tech industry banking and capital markets teams has also “fizzled”.

The “people” aren’t quite familiar enough with the matter to know how much Mr Meissner has had to pay up to win this battle, but it might have been cheap at the price.  Money is by no means the only thing at issue in these hiring battles.  At that level, everyone is long-term greedy and aware that their true net worth will be defined by the next two decades of business, not a single year’s package.

So in fact, and slightly paradoxically, the biggest cost of retaining rainmakers can be the cost of hiring new ones.  When a top banker is deciding whether to stay or go, they tend to be pretty clear-eyed in their assessment of management’s commitment to the overall franchise.  The fact that CS has managed to bring in Kyle Heroman from Piper Sandler’s #1 rated US FIG M&A team and Kyle Berry from Morgan Stanley to cover business services is likely to have been important, as it demonstrates that the will to rebuild is there.

Bankers have a variety of different motivations – some of them want to be considered as a potential future CEO, some want to be kept away from management and do deals, and some of them just want to feel loved.  (The last one of these shouldn’t be underestimated; plenty of major job moves have happened because somebody forgot to write a thank you note).  But they all want to be sure that they’re working for a firm that is going to continue to be a player on the big stage.  Christian Meissner needs to keep that belief alive.

Elsewhere, there’s a dusty old joke about the manager who complains that 40% of all sick days are on Mondays and Fridays, but some JP Morgan bankers might be finding it a bit less funny this year.  While other firms offering part-time flexible working are following the model of Lazard and blocking out the middle three days of the week as the time when everyone has to be in together, some JPM teams have been told the opposite – that in cases when part-time remote work is allowed, they still have to be in the office on Monday and Friday.

This seems, to be frank, a bit like being mean for the sake of it.  But it reflects an apparent attitude in some banks that although bankers will grumble about inflexibility, few of them will actually change jobs because of it. - At JPMorgan, turnover is apparently at normal levels despite all the grumbling about being made to return to the office.  The historical experience suggests that bankers have a terrible habit of using their willingness to put up with nasty working conditions as a selling point or hazing ritual.  After all, although Manolo Falco claims that he’s hoping to use Citi’s relatively generous work-from-home policy as a recruiting edge, is he really going to be impressed by someone who cites that as the main reason for wanting to work there?

Fallout continues elsewhere from the Archegos affair, as Nomura has stopped offering cash prime brokerage services in the US and Europe and given its clients six months to find a new provider.  It's not clear why they’re closing down and handing back the regulatory authorisation rather than looking for a buyer, but it seems that they might aim to continue to serve some clients with other products. (Bloomberg)

If you are going to do deals in Hollywood, you have to be a little bit Hollywood yourself.  A profile of Aryeh Bourkoff, founder of the media industry M&A boutique LionTree.  He’s famous for face-to-face pitch meetings, an extremely exclusive annual conference and for being a face in the crowd at every top-tier party anywhere in the world.  He got his start by rejecting 40 out of 45 deals as a credit analyst at UBS, causing all the bankers to hate him until all 40 of them went bankrupt. (Hollywood Reporter)

A former compliance officer for BoA has been sentenced to prison in Hong Kong after an incident that took place during the 2019 unrest. (Washington Post)

Bulge bracket firms are hiring for fixed income in Africa south of the Sahara; Citi aims to add 100 employees, while Goldman intends to compete for the top spots in DCM underwriting. (Bloomberg)

Andre Kelleners is the new European head of M&A for Goldman Sachs, a spot that’s been open since Mark Sorrell was promoted last year (Financial News)

Do you think you might have forgotten how to have drinks with colleagues?  Here are some tips from the Wall Street Journal, although they favourably cite the example of someone who spun two glasses of wine out over four hours, so their style might not be yours. (WSJ)