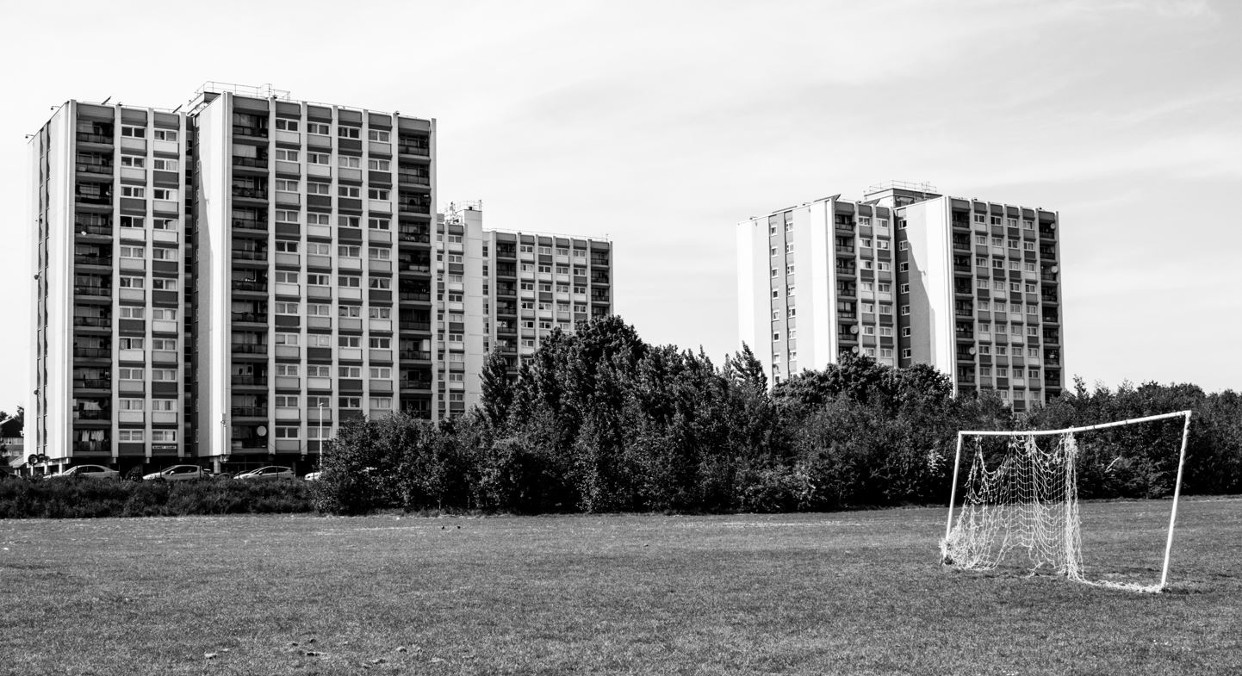 These days, Xavier Rolet has a pretty nice life. The former head of the London Stock Exchange, who worked for Goldman Sachs as a trader after graduating, is one of the clutch of bankers with a vineyard  and house that has a pool and guest rooms (although his was just a few walls filled with piles of sheep dung when he bought it). Before he worked in finance, however, Rolet's life was not so fine.

Rolet grew up in Saracelles, a North Paris banlieue variously described as "grim" by the Financial Times and "one of western Europe’s poorest city suburbs" by the Evening Standard. His family reportedly lived in a "dingy flat way up at the top of a monstrous high-rise block of flats" with no central heating. His father was in the army and his mother had a clerical job.

Like others from humble beginnings, education enabled Rolet's escape. He studied at the kitchen table and determined to study at a U.S. business school aged 12 having noticed how much money graduates earned. He went to Columbia, Goldman Sachs hired him, and his life transformed. Now, Rolet says banks should give more students like him a chance - and not out of the kindness of their hearts, but because it makes sense for them to do so.

"Try hiring poor, ‘hungry’ kids who managed to put themselves through college instead of ‘entitled’ graduates and you won’t have this problem," Rolet told Financial News, referring to junior bankers' complaints about their long working hours. "Junior bankers are paid very well compared to other industries or sectors," he added. "Ask a young entrepreneur drawing no salary how they would like to make $100,000+ straight out of college, or a single working mother of three working herself to death to put her kids through school."

This is the second time in a week that Rolet has made his opinions known. - Financial News previously reported on his LinkedIn post where he claimed to work 130-hour weeks as a junior trader at Goldman and said this was "good for a broke kid from a Parisian sink estate." While this sounds a bit chest-thumping, a friend of Rolet's who was around at the time testified that he worked these hours. - At Goldman, Rolet would 'work Monday to Friday almost 24 hours a day, crash at the weekend and then get up and do it all again,' the friend said eight years ago.

Rolet's not the first person to testify that 'hungry' bankers are hungrier than the rest. Ex-Goldman CEO Lloyd Blankfein grew up in the Bronx and was famously in favour of students who'd had to overcome early setbacks. If you grow up poor you build "muscles" said Blankfein in 2013. "Those muscles will serve you for the rest of your life. My struggle to get to and through college turned out to be an advantage for me. The disadvantages you have had become part of your personal history and track record, all advantages in your later life." It's probably no coincidence, too, that Howard Lutnick, the CEO of Cantor Fitzgerald who earlier this month told bankers to stop complaining about their working hours, had to support himself through college after both his parents died.

This doesn't mean that banks should hire graduates from challenging backgrounds simply because they're willing to overwork to escape poverty though. As academic Alexandra Michel has highlighted, junior bankers' long hours have serious effects on their health, and hiring poorer students who won't complain has an aroma of exploitation. It does mean that banks should diversify their intakes for a breadth of perspectives, and that anyone who works in banking and earns a $100k starting salary or ends up buying a vineyard should be thankful and mindful of their privilege: the monstrous flats in dingy suburbs still exist.

Separately, it's not just banks that have become unfashionable employers. Bloomberg reports that strategy consulting firms are also having problems attracting sufficient quantities of student hires. Bain & Co. has begun recruiting MBAs throughout the year instead of just in September and is luring people from corporate jobs and part-time MBA programs, as well as doctoral candidates. Boston Consulting Group is hiring at 'breakneck speed' and has created a digital hiring process called Bionic Talent.

“Consulting as a career is not as attractive as it was 10 or 15 years ago,” said Tom Rodenhauser, managing partner of Kennedy Research Reports, which tracks the industry, told Bloomberg. "Consulting isn’t as impactful in a ‘change the world’ type of way as other careers. They’re not creating Uber or Tesla.”

Archegos asked Credit Suisse to lower its margin requirement, saying competitors were offering a better deal. Credit Suisse obliged in return for more power to close out Archegos's positions at little notice, but the bank was afraid to use this power for fear of losing Archegos as a client. In March 2021, Archegos began demanding that Credit Suisse returned collateral as the value of shares it had invested in had soared. Credit Suisse duly gave Archegos $2.4bn between March 11 and 19. (WSJ)

Credit Suisse tried moving Archegos onto dynamic margining from mid-February, but Archegos kept saying it was too busy to consider the proposal. (Bloomberg)

Jared Kushner is setting up an investment management firm. (WSJ)

How to market a fintech: "You might remember us running naked outside the Bank of England to expose hidden fees for our 'Nothing to Hide' campaign." (Reuters)

There is a new trend and it involves wearing a T-shirt and a jacket at the same time. (WSJ)

People are happy to steal from groups, but not from individuals. (New Scientist)

Bear with us if you leave a comment at the bottom of this article: all our comments are moderated by human beings. Sometimes these humans might be asleep, or away from their desks, so it may take a while for your comment to appear.

Photo by Ben Allan on Unsplash