Morning Coffee: 37 year-old with the most interesting job in finance. Firms get strict on vaccines 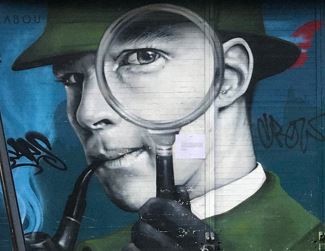 If you're under-stimulated by assembling pitch books for senior bankers or writing mildly excoriating research reports on listed stocks, and are wondering which other areas of finance might be more fulfilling, a 37 year-old former paramedic seems to be onto something.

Nathan Anderson is what's known as an activist short seller. His passion in life isn't befriending the C-Suite and advising on deals, but identifying scams perpetrated by "outrageous companies." And he makes a living out of it.

Anderson runs Hindenburg, a short selling research outfit that takes positions based on its findings. It mostly employs ex-journalists and analysts who can take up to six months to finish a report following covert conversations with company employees, going through publicly available information or unearthing internal documents. When it goes right, Anderson - who was not long ago on the verge of being evicted from his apartment - stands to make a lot of money. "It has become a successful enterprise,” he says.

Hindenburg's successes are listed on its website. They include Nikola, an electric truck maker that went public in June 2020 via a $700m merger with a SPAC. Hindenberg got a tip-off that a promotional video of a new truck prototype gave a false impression of the truck's readiness: it was only moving because it was going downhill in a neutral gear. Last month, the founder of Nikola was charged with defrauding investors.

Hindenburg and Anderson aren't alone in the space. Carson Block at Muddy Waters Research is almost a household name. And short sellers did much of the legwork in unearthing frauds like Wirecard, where one observed that: "There were people with hundreds of millions of wealth dependent on the fraud remaining concealed.”

Anderson said there's a rich supply of outrageous companies with zero revenues to be investigated. Like Nikola, many have recently gone public via a SPAC, where they receive less scrutiny than if they were undergoing a standard IPO.

Tenacity and fearlessness are the prerequisites for a career as a short seller. “You really have to admire his perseverance to just keep his head down, keep pushing, keep learning, keep getting better," Block says of Anderson. About a year ago, Anderson's tenacity started to payoff, although he won't disclose by how much.  “I didn’t plan it this way,” he told the New York Times. “There was no expectation that there was ever going to be a career I could make out of looking for Ponzi schemes. It was a side hobby that my employers were sometimes annoyed by.”

Separately, as the full scale return to the office creeps nearer, employers are upping their vaccine stringency. Instagram account Litquidity published a memo earlier this week from consulting firm Alvarez & Marsall, stating that employees had 75 days to get vaccinated and that unvaccinated employees would then be placed on an unpaid leave of absence for up to six months. We asked Alvarez & Marsall if this was true; they didn't respond.

Banks haven't been quite so assiduous, yet, but there are signs things are tightening up. Morgan Stanley, for example, will reportedly begin requesting that its employees prove their vaccination status from October 1st in order to “provide greater comfort for those working in the office.” Previously, Morgan Stanley employees could just claim that they'd been vaccinated and that was the end of the matter.

Crypto exchange Binance is hiring Richard Teng, who stepped down as head of the Abu Dhabi Global Market in March, to lead its Singapore business. (Straits Times)

Hedge fund Schonfeld Strategic Advisors is opening a new office in Florida for 100 people. It’s also opening locations in Connecticut and New Jersey. Staff will have to spend 70% of each month in offices of their choosing. (Bloomberg)

"I have several friends who, once they began the CFA program, seemingly disappeared, not to be seen for three years...The CFA is a colossal waste of time." (Bloomberg)

Photo by Keiteu Ko on Unsplash