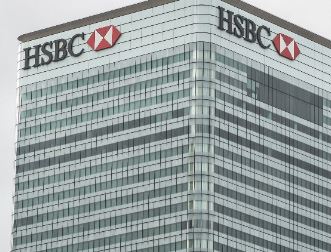 Matthew Bowen didn't stay long at BNP Paribas. The former co-head of global prime finance at Deutsche Bank joined the French bank as part of its acquisition of Deutsche's prime broking business in December 2020. He left BNP in late July.

Bowen isn't responding to messages and is currently on gardening leave, but the talk in the market is that he's planning to join HSBC in New York, presumably in a senior role in the prime broking division. HSBC did not confirm the move.

Bowen would be a big addition to HSBC's business. He spent 11 years at Lehman Brothers, two years as head of equity finance risk management at Bank of America and 12 and a half years at Deutsche Bank before his brief stint at Paribas. U.S. banks dominate the prime brokerage market, with HSBC ranking outside the top 10, but Deutsche/BNP Paribas came 5th in the first half of last year according to Bloomberg, and has the added allure of sidestepping losses relating to Archegos.

If Bowen joins HSBC, sources say it will raise questions over the futures of the ex-Barclays hedge fund team (Ted Post, Tom Kocica, Brian Bendowski and Steve Cash), whom he hired into Deutsche (possibly on large guarantees) in late 2019 in the expectation that they too would move to BNP. Post has already moved to the French bank and is co-head of prime origination for the Americas. Bendowski has moved too. Kocica and Cash are still at Deutsche and could conceivably join HSBC instead.