Morning Coffee: The banker who brought his mother to a big client meeting. Best time for finance jobs in seven years? 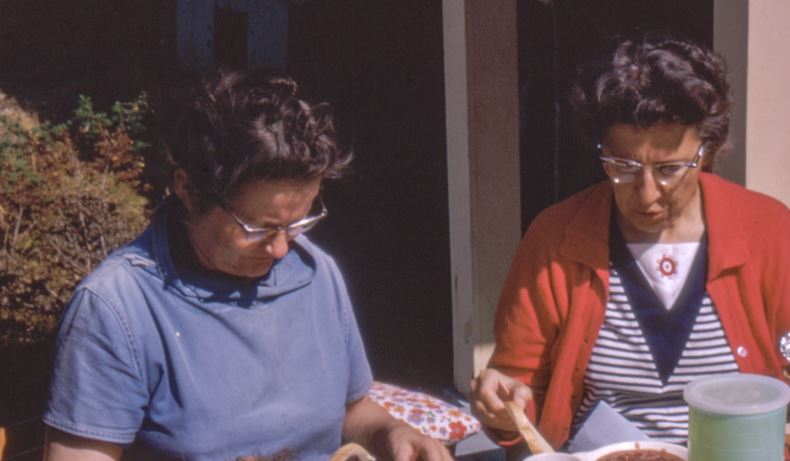 When James H. Donovan, Goldman's chairman of global client coverage, addressed students at the University of Virginia School of Law in 2016, he was very clear on the appropriate behavior for bankers around clients. Clients should not be privy to details of bankers' personal lives, said Donovan: never let them know if you're having a bad time; always be ready for them to share confidential information.

While this seems to have worked well for Donovan, who's been at Goldman Sachs for 17 years and counting, another senior banker is far happier blending the personal and the professional. Rich Hander, CEO of Jefferies, has made idiosyncrasy his calling card.

In a long portrait of Handler, Bloomberg recalls the time he brought his mother to meet a client. - And not just any client. “There’s not another CEO on Wall Street that would have brought his mother to the event being hosted by an important client,” Handler-fan, Doug Cifu, CEO of Virtu Financial told Bloomberg. Contrary to Donovan's counsel, no ill seems to have come of it. Handler brought his mother along simply because she lived in Florida and that was where the client event happened to be.

Handler's ability to break the rules might be because he outperforms on the other elements of Donovan's dictates. - He's irrepressibly upbeat; he always puts the client first and - most importantly - he calls them back when they need him at any time of the day or night. "If I texted Rich Handler and if he doesn’t call me back in 10 minutes, I’ll be floored,” said Cifu, before demonstrating Handler's diligence by texting him and receiving a return call 30 seconds later.

While some bankers take clients to play golf and sip wines, Handler's approach is less fusty and more fun. His signature entertainments are mini trampoline exercise sessions and karaoke. He's a regular guy. "I sold vacuum cleaners door-to-door and life insurance in college. I came to the office today from downtown in the subway, I had to convince a guy next to me to wear a mask. That’s my real world of ‘high finance,” Handler told Bloomberg.

Handler rides the subway and who wears flip-flops and shorts around the office, but he's also a billionaire. He's friends with Bruce Springsteen. He's something of a minor Instagram celebrity. There's a kind of charming naivety to the Jefferies' CEO that means he can break the rules. - Yesterday, he posted a photo of a Jefferies trader being treated for cancer in hospital with screens around his bed. The photo was intended to portray the enthusiasm of Jefferies' employees and the bank's willingness to help employees in difficult situations, but predictably, it was construed on Instagram as Jefferies' compelling sick people to work. - Handler's disappointment in human cynicism is palpable in his subsequent explanation. When you're one of the good guys, you get to behave like yourself. 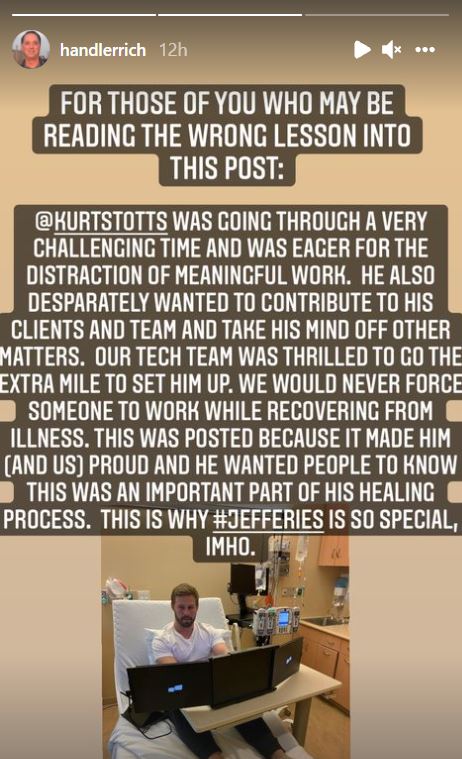 Separately, the already large pile of positive affirmations from finance recruiters reflecting on 2021 has grown even larger. London recruitment firm Morgan McKinley says that not only has September 2021 been a good month for banking jobs but that it's been the best month for seven years. It's become a candidate-led market, says Morgan McKinley: most people have multiple jobs to go to. If you don't have a new job offer, you're clearly missing out.

Hedge funds are having fun buying oil assets. “They [big institutional investors] are all so keen to get rid of oil assets, they’re leaving fantastic returns on the table,” said Crispin Odey. (Financial Times)

Jules Frebault, the former head of Goldman Sachs' Africa principal investing team, left with his team and has founded Juven, an investment firm with $50m to spend in Africa. (Bloomberg)

The long history of Larry Fink at BlackRock. His father owned a shoe store and he wasn't that bright at school. He arrived on Wall Street with long hair, a turquoise bracelet and a bad attitude. In a formative experience, he lost a lot of money at Credit Suisse and learned the importance of excellent risk management. "Asset, Liability, Debt and Derivative Investment Network,” or Aladdin was born, and BlackRock with it. (Financial Times)

The UK Financial Conduct Authority is getting rid of its bonuses, which were previously allocated annually without reference to performance. It will be offering graded salaries instead. (Financial News)

Morgan Stanley associate cleaned houses when he first quit to start his AirBnb housekeeping service. "I sometimes feel bad for my 18-month-old daughter because I’d be earning a lot more money now if I’d stayed at Morgan Stanley. But I have no regrets.” (Bloomberg)

Photo by Annie Spratt on Unsplash