Were banks due a cyclical hiring slump irrespective of COVID-19? 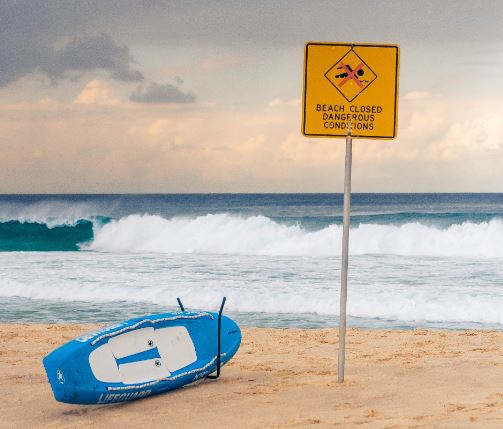 If you're looking for a new financial services job, or are a recruiter in the finance sector, you're probably aware that things out there are not exactly 'normal' yet. While there are certainly pockets of hiring in areas like credit trading, electronic market making and the buy-side, and while candidates have good reason to move if they can secure any kind of guarantee on their bonus, hiring at big banks is still low compared to recent years.

As time goes on, however, some are suggesting that the current hiring slump might not just be down to COVID. What if banks were overdue a correction anyway?

The chart below depicts the cyclical nature of hiring at leading banks. Based on Burning Glass data for the number of U.S. jobs advertised by major banks on their own websites in each July since 2010, it suggests the tendency for sell-side hiring to go in cycles. However, the limited scope of the data makes it unclear whether the cycles are three or five years (or longer). - On a three year cycle, hiring should be picking up this July. But on a longer cycle, with 2017 as the recent peak, hiring could have been heading for a trough irrespective of COVID. Sadly, the data doesn't extend to the period immediately before and after the financial crisis.

What Burning Glass's data for the U.S. does suggest though, is that however bad things have been recently, they  have also been worse. Last month, 2,515 U.S. jobs were released on major banks' websites; in July 2013 just 1,854 were.

Given that banks' own job ads had bounced back by July 2014, this should provide some succor for optimists hoping that summer 2020 is the nadir in a V-shaped recovery. Some are already suggesting a gentle up-slope. "We had a decent enough H1. August is a bit quiet as usual but M&A hiring is slowly picking up. Private equity funds have also been busy hiring,” says Logan Naidu at London search firm Dartmouth Partners.

Mike Karp, New York-based CEO of search firm Options Group, sides with the notion that the hiring market was overdue a correction. "2017-2018 was the peak and hiring was already going downhill," says Karp. However, he notes that the virus is an extraneous factor that makes the future hard to call. "It all depends upon the economy and geopolitical events -  what happens in the U.S. election and the evolution of the virus over the next quarter," Karp adds. If the pandemic passes, if the election doesn't descend into chaos and if the economy bounces back, so too will banks' appetite to hire. Karp is a pessimist though: "I don't see robust hiring for two years."

What Burning Glass's data also suggests is that some sectors within banking recruitment might be holding up better than others. While the total number of jobs advertised by leading banks fell 48% between July 2019 and July 2020, technology job adverts fell just 30%, with the result that July 2020 technology roles accounted for the highest percentage of the industry total since 2017. But technology hiring too can be erratic: this year's peak follows last year's mini slump.

Tech hiring may yet escape the squeeze: Goldman Sachs increased its communications and technology spending by 16% year-on-year in the first half of 2020 versus the same period of 2019 while JPMorgan hiked technology spending by 9% over the same period. However, some of this rise may be due to new equipment as banks rushed to send employees home. "I find it hard to believe that tech budgets will continue rising in the current environment," says one technology MD at a major U.S. bank.

Photo by Silas Baisch on Unsplash